TEHRAN, August 5- Turkey has strongly called on the United States to stop supporting a Kurdish militant group in northern Syria as Ankara and Washington held their latest round of talks on the issue aimed at preventing a fresh Turkish cross-border invasion into the Arab country. 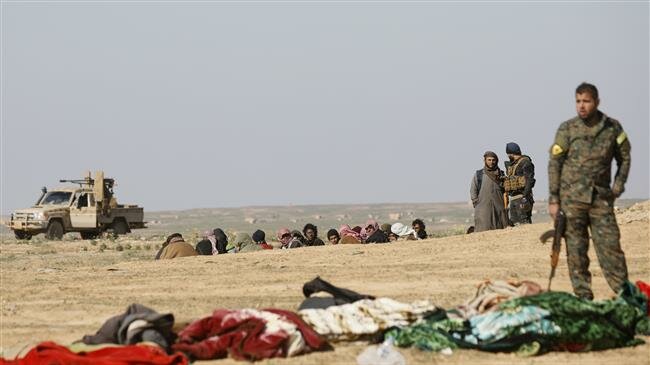 TEHRAN, Young Journalists Club (YJC) - The Turkish government has long been infuriated by Washington’s persisting support of the People's Protection Units (YPG), a Kurdish militant group in northern Syria, that the US regards it as the main purported fighting force against terrorists of the Daesh Takfiri terrorist group.
The YPG plays as the backbone of the so-called Syrian Democratic Forces (SDF), an anti-Damascus alliance of predominantly Kurdish militants.
Ankara has declared the YPG as a terrorist group and views it as the Syrian branch of Turkey’s homegrown Kurdistan Workers’ Party (PKK), a terrorist group that has been fighting for an autonomous region inside the Anatolian country since 1984.
“The US should positively answer our request to end its partnership with the YPG in Syria,” said Turkish Foreign Minister Mevlut Cavusoglu at a press conference in the capital Ankara on Monday.
US military officials have met with their Turkish counterparts in Ankara for last-ditch talks aimed at establishing a “safe zone” in northern Syria to keep the YPG away from Turkey's border.
Since 2012, Turkey has been calling for the creation of such a safe zone of 30-40 kilometers in a bid to drive out YPG militants and to protect civilians. However, the plan has not come to fruition so far.
Ankara has so far been unimpressed with the details of the US “safe zone” plan in the Arab country and has renewed threats to launch a cross-border offensive if the negotiations fail to reach a “satisfactory” conclusion.
The US has been arming and training Kurdish militants under the banner of helping them fight the Daesh Takfiri terrorist group, but Syria and several other countries see ulterior motives behind the deployment.
Turkey, a key US ally in the region, has repeatedly questioned Washington’s deployment of heavy weapons in Syria despite the defeat of Daesh in much of the Arab country.
On Sunday, President Recep Tayyip Erdogan warned that Turkish troops would launch an offensive in an area controlled by YPG militants, a threat he has persistently made for the past 18 months.
“We entered Afrin, Jarablus, al-Bab. Now we will enter the (area) east of the Euphrates. We shared this (information) with Russia and the US. As long as harassment fire continues, we cannot remain silent,” he said.
“We can only be patient for so long. That patience will come to an end,” Erdogan further warned.
Damascus, however, has categorically rejected any deal between Turkey and the US on a buffer zone in northern Syria, describing it as a violation of its sovereignty.
Turkey has already launched two operations in northern Syria. The first offensive dubbed "Euphrates Shield" began in August 2016 to stop the advance of Kurdish militia forces.
Then in January 2018, Turkish military forces launched another cross-border military operation inside Syria, code-named “Operation Olive Branch,” with the declared aim of eliminating YPG militants from northern Syria, particularly the Afrin region.
Source: Press TV