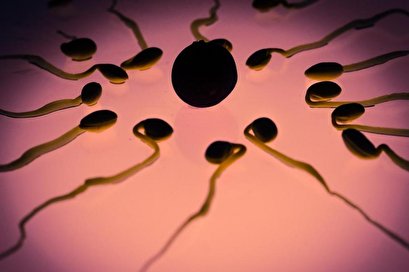 There has been concern that transgender women cannot produce viable sperm if they stop treatment, in addition to concerns about the psychological effects of doing so on the women.

According to new research published in the August edition of Pediatrics, a patient had been taking the sex hormone blocker called Lupron for six months before discontinuing treatment with the drug. She was able to produce sperm just five months after stopping the drug.

"We were interested in examining the timeline for getting viable sperm after stopping masculinity-suppressing medication," lead author Hanna Valli-Pulaski, a researcher at Magee-Women's Research Institute and lead author, said in a news release. "Going on and off gender-affirming medications can cause psychological distress in this population and it's important patients have a discussion with their health care provider before starting or stopping any treatment."

For the study, researchers looked at medical records between 2015 and 2018 for two transgender women who completed hormone therapy and had their sperm frozen at the Fertility Preservation Program in Pittsburgh. Their semen was contrasted with eight more transgender women from the program who preserved their sperm prior to and after therapy.

Five months after discontinuing the therapy, one transgender woman produced sperm similar to the other eight transgender women who froze their sperm.

To feminize herself, the transgender women had also been taking a therapy regime of estrogen-producing estradiol and male hormone-suppressing spironolactone.

The researchers say, however, stopping therapy even a few months after beginning treatment can cause psychological stress. For example, after stopping therapy, males transitioning to females can begin to grow facial hair and have their voices deepen again. These effects are reversible but only after a considerable time.

The study results should give hope to transgender people who want to give birth to biological children after starting gender-affirming therapy, the researchers say.

"Right now, there's not much information available about fertility preservation for transgender patients," Valli-Pulaski said. "If you have any data, it's important to share so that patients, researchers and clinicians can learn from it."