TEHRAN, August 7 -There's nothing to be gained by screening for pancreatic cancer in people with no signs or symptoms of the lethal tumor, according to an influential U.S. panel of experts. 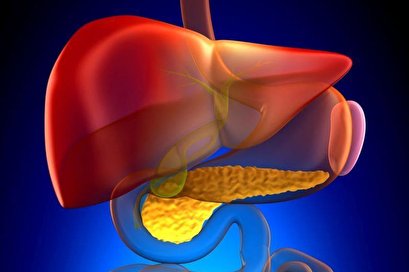 TEHRAN, Young Journalists Club (YJC) -Looking over the accumulated data on the subject, the U.S. Preventive Services Task Force (USPSTF) on Tuesday reaffirmed its prior recommendation against routine screening for pancreatic cancer.

The USPSTF is an independent, volunteer panel of national experts in prevention and evidence-based medicine.

"Pancreatic cancer is an uncommon, but devastating disease with low survival rates, even in those detected at early stages," task force member Dr. Chyke Doubeni, noted in a USPSTF statement.

However, "at the present time, screening for pancreatic cancer in people without any signs or symptoms would cause more harm than good and therefore should not be done," he added.

According to the USPSTF, there's no evidence that screening for pancreatic cancer improves patient outcomes. In addition, some screening tests are invasive and can be painful and possibly inaccurate. They can also damage the pancreas.

If cancer is found, surgery to remove the organ can result in significant bleeding, long recovery and possibly death, the task force also noted.

The trouble is that tumors of the pancreas are often discovered late, making the cancer a "silent killer." According to the American Cancer Society, about 57,000 Americans will be diagnosed with the disease in 2019, and almost 46,000 people will die from the illness.

According to Dr. Sanjay Reddy, a cancer expert unconnected to the USPSTF, "The role of 'biomarkers,' or some sort of chemical blood test has the most promise in terms of early detection." Reddy is assistant professor of surgical oncology at Fox Chase Cancer Center in Philadelphia.

"However," he added, "to date, we still have no good way to test this -- the future of early detection remains our best option for screening not only high-risk patients, but all patients."