TEHRAN, August 7 -India’s ambassador to the US says American sanctions on Iran are hurting his country which is finding it hard to replace Iranian oil imports. 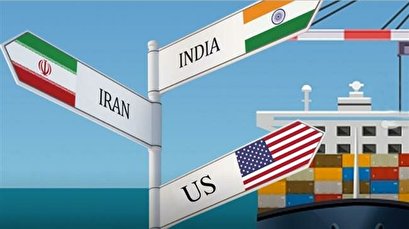 TEHRAN, Young Journalists Club (YJC) -“It has been a challenge to find alternative sources of oil at the same price and quality, and it has affected the bottom line in India,” Ambassador Harsh Vardhan Shringla told Russia’s Sputnik news agency on Tuesday.

Indian refineries are built according to Iranian crude specifications as are many refineries in South Korea, Japan and China.

Indian sources have said the government was looking at ways to resume oil imports from Iran despite US sanctions which aim to dry up Iranian revenues.

India stopped oil imports from Iran after the six-month US waiver for its unilateral sanctions ended on May 2.

“It was an important priority for the US and we went along with it. But we also expect the United States to show similar sensibility when it comes to our priorities,” Shringla said.

Indian media outlets quoted a senior government official as saying in May that New Delhi was “keen to resume imports, though the quantum will be limited”.

Before the sanctions, India was Iran’s second biggest oil buyer after China, sourcing about 10% of its supplies from the Islamic Republic.

“The US ban on exporting crude oil from Iran to India, is it not an attack on India’s sovereignty?” Randeep Singh Surjewala‏, a Congress Party lawmaker and national spokesman, said in April.

According to Indian media, New Delhi has told US authorities that it was impossible to make immediate arrangements for 23.5 million tonnes of oil – the amount supplied by Iran every year – from an alternative source.

Unlike India, China and other countries are receiving oil shipments from a larger number of Iranian tankers than was previously known, The New York Times reported on Saturday.

At least 12 Iranian tankers have loaded and delivered oil across Asia and the Mediterranean since May 2, the paper said.

China continues to be the largest buyer of Iranian oil even as the Trump administration is starting to intensify sanctions enforcement to try to end the exports to the Asian powerhouse.

The company, however, is already under US sanctions for supplying gasoline to Iran in 2012 and has little overseas exposure.

The Iran sanctions have added another fault line to already strained relations between Washington and Beijing amid an escalating trade war being waged by President Donald Trump.