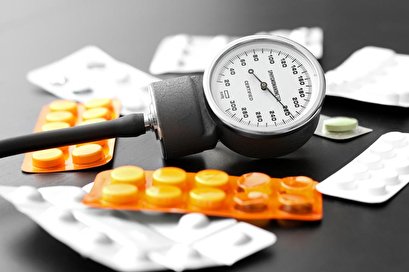 TEHRAN, Young Journalists Club (YJC) -Researchers recently found blood pressure readings taken over a 24-hour period are more predictive of heart and arterial diseases compared to readings taken at one time, according to a study published in Tuesday in the Journal of the American Medical Association.

"Although heart and vascular disease are strongly associated with blood pressure, irrespective of how it is measured, until now we did not know which type of blood pressure measurement captured risk in the most accurate way," Gladys Maestre, a researcher from the University of Texas at Rio Grande Valley and study author, said in a news release.

For 14 years, the researcher enlisted more than 11,000 people from Asia, Europe and Latin America. They compared those patients blood pressure readings taken by a doctor in an office with those recorded repeatedly over a 24-hour period.

Patients having their blood pressure measured over 24 hours averaged 30 daytime readings and 10 readings while asleep. The researchers suggest the sleep measurements are more accurate because the patient isn't moving or eating at the time. This could be why nighttime blood pressure readings are more predictive of heart and vascular ailments.

More than half the people in the United States with high blood pressure have their condition under control, according to the Centers for Disease Control and Prevention. Yet, more than 410,000 Americans die each year due to causes directly attributable to high blood pressure.

"Most health insurers in the U.S. reimburse 24-hour ambulatory blood pressure monitoring only when blood pressure is found to be high in the clinical setting, but is suspected to be normal otherwise, or if undetected or masked hypertension is suspected," Maestre said.