TEHRAN, August 8- The care a person with dementia receives can vary greatly based on where they live, a new study says. 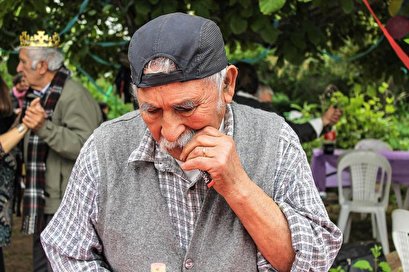 TEHRAN, Young Journalists Club (YJC) -People living at home with dementia had two to five times the risk of being disadvantaged compared to those living in nursing facilities, according to research published Wednesday in the Journal of the American Geriatrics Society. They also faced worse health outcomes than their nursing home counterparts.

"In our experience, many people live at home with dementia even when things get hard, yet we know virtually nothing about this population," Krista L. Harrison, a researcher at the University of California at San Francisco and study lead author, said in a news release. "Prior research focused on people with advanced dementia in nursing homes."

Researchers analyzed data from the National Health and Aging Trends Study, an annual survey of Medicare beneficiaries, on 728 people diagnosed with moderately severe dementia between 2012 and 2016.

About 64 percent of people in the study got care at home, 19 percent received residential care and 17 percent got care at a nursing facility. In addition to the increased likeliness that those living at would be disadvantaged, people receiving home care also had greater health needs, researchers said.

The Centers for Disease Control and Prevention estimates about 5.7 million people in the United States have dementia.

"Our study is one of the first to describe people living at home at a stage of dementia plus moderate functional impairment and to compare this population to people with dementia in other settings in the United States," Harrison said. "This is a key step towards better understanding and addressing the geriatric palliative care needs of people with dementia wherever they live."