TEHRAN, August 9 - Malaysia filed criminal charges on Friday against 17 current and former directors at subsidiaries of Goldman Sachs Group Inc (GS.N) following an investigation into a multi-billion-dollar corruption scandal that led to the demise of state fund 1MDB. 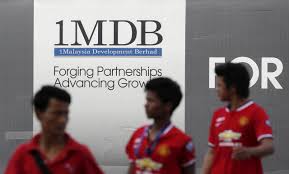 The U.S. bank has been under scrutiny for its role in helping to raise $6.5 billion through bond offerings for 1Malaysia Development Bhd (1MDB), the subject of corruption and money laundering investigations in at least six countries.

But Malaysian prosecutors have said $2.7 billion of the proceeds were diverted and the offering statements filed with the regulators contained statements that were false, misleading or with material omissions.

Friday’s charges were brought under a section of the Malaysian Capital Markets and Services Act that holds certain senior executives responsible for offences that may have been committed by the firm, Attorney General Tommy Thomas said.

“Custodial sentences and criminal fines will be sought against the accused ... given the severity of the scheme to defraud and fraudulent misappropriation of billions in bond proceeds,” Thomas said in a statement.