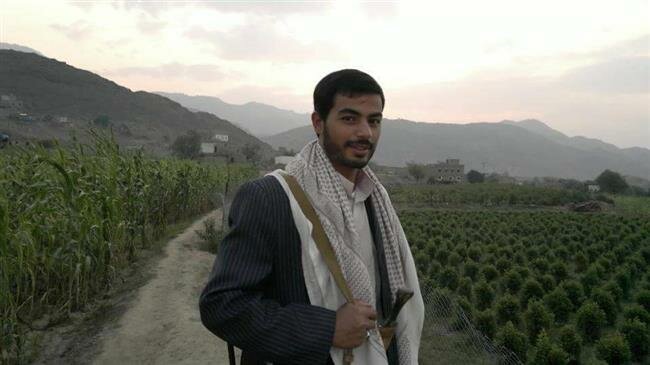 TEHRAN, Young Journalists Club (YJC) - "The treacherous hands affiliated with the US-Israeli aggression and its tools assassinated Ibrahim Badreddin al-Houthi," a statement from the ministry, cited by al-Masirah TV, said on Friday.

The statement did not provide any further details regarding al-Houthi's assassination, who is said to have been an influential military commander among the Houthi forces.

Other Yemeni sources reported that al-Houthi's body, along with a number of Houthi commanders, had been discovered in a house following a Saudi strike in the city of Haddeh in Yemen's west-central province of Sana’a.

Saudi Arabia and a number of its regional allies launched a devastating campaign against Yemen in March 2015, with the goal of bringing the government of former president Abd Rabbuh Mansur Hadi back to power and crushing the Houthi Ansarullah movement.

Resistance by Yemen’s armed forces, led by the Houthi Ansarullah movement, has, however, pushed the Saudi war to a stalemate, with Yemeni forces increasingly using sophisticated weaponry in retaliatory attacks against the coalition.

The assassination takes place at a time when Saudi Arabia's main ally in the conflict, the United Arab Emirates, is withdrawing its troops from the conflict, largely because Abu Dhabi believes the war appears to have become "unwinnable."

The Emirati move has reportedly upset Riyadh to a great extent, pushing the country to plead for more assistance from Washington.

Saudi Arabia relied greatly on Emirati forces in advancing its war in Yemen, with Abu Dhabi maintaining a fragile network of mercenaries and tribal militia to fight for the coalition.

Observers believe the tribal militia alliance may disintegrate due to a lack of Emirati oversight.

Earlier this week, clashes broke out between Emirati-backed separatists and Saudi-backed militants in Yemen’s port city of Aden, which bases the Hadi-led forces.

The war four-year-long has taken a heavy toll on the country’s infrastructure, destroying hospitals, schools, and factories. The UN says over 24 million Yemenis are in dire need of humanitarian aid, including 10 million suffering from extreme levels of hunger.