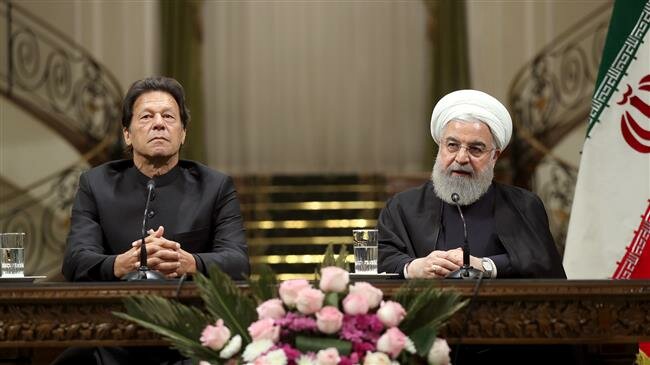 The Iranian president said the Islamic Republic had always tried to prevent tensions in the region and that it believed Muslims in the disputed Kashmir region had to be able to enjoy their legal rights to live peacefully.

He also called on India and Pakistan to exercise restraint to avert insecurity and the killing of innocent people.

“The issue of Kashmir has never had a military solution, and we should pursue the resolution of issues diplomatically,” President Rouhani said.

Kashmir has been split between India and Pakistan since partition in 1947. Both countries claim all of Kashmir and have fought three wars over the territory.

Last week, a fresh wave of tensions erupted between New Delhi and Islamabad over the disputed region after the Indian government scrapped the autonomy of Kashmir.

India dispatched thousands of additional troops to the Himalayan region in the wake of the move, declaring a strict curfew, shutting down telecommunications and internet, and arresting political leaders and pro-independence campaigners.

He emphasized that Iran, as an important country in the region and the Muslim world, could play a positive role in resolving the Kashmir crisis.

He further hailed the Tehran-Islamabad ties as friendly and brotherly, underlining the need for expanding bilateral relations in all fields.