TEHRAN, August 11 - A Kashmiri activist and sportswoman has called on the Muslim world to play an active role in resolving the current crisis in Jammu and Kashmir. 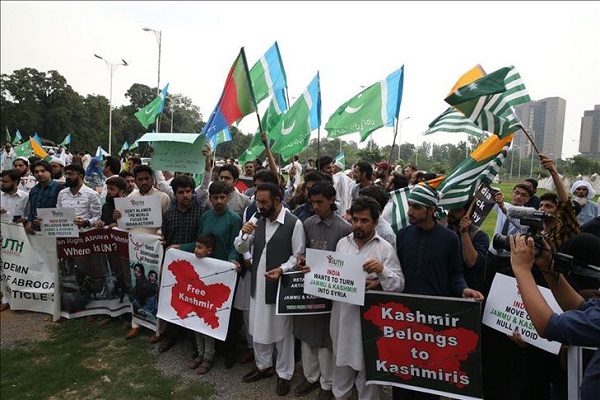 TEHRAN, Young Journalists Club (YJC) - "The people of Kashmir want the Muslim world to come forward and play their role to get this core issue resolved,” Fatima Anwar said on Twitter in an open letter to Turkish President Recep Tayyip Erdogan.

“We want to use our right of self-determination, and most importantly, we need our basic right to live.
“We will never allow India to make Jammu and Kashmir another Palestine,” Anwar said.

“We ask [President] Erdogan to mobilize the UN and the Organization for Islamic Cooperation to enable us to decide on our own destiny,” she added.

Underlining that Jammu and Kashmir has been a disputed territory since 1947, she recalled that on Aug. 5, the Indian government revoked Article 370 of the Indian Constitution without the approval of Kashmiris, which had been “protecting the identity of the state”.

Describing it as “illegal”, Anwar said the move would never be accepted by the Kashmiri people.
“India imposed a curfew. Mobile phone and internet services are restricted, and about 1 million armed forces have been deployed here,” Anwar said.

More than 100,000 people lost their lives, thousands of women became widows and many other people disappeared, she added.

Tensions between Islamabad and New Delhi have escalated following India's move to revoke the special status of Jammu and Kashmir, which allowed Kashmiri citizens to enact their own laws and prevented outsiders from settling in and owning land in the territory.

Kashmiri leaders and residents fear this step is an attempt by the Indian government to change the demography of the Muslim-majority state, where some groups have been fighting against Indian rule for independence or for unification with neighboring Pakistan.

The Himalayan region is held by India and Pakistan in parts and claimed by both in full.
Since they were partitioned in 1947, the two countries have fought wars in 1948, 1965 and 1971, two of them over Kashmir.

According to several human rights organizations, thousands of people have reportedly been killed in the conflict in the region since 1989.