Republicans may need to replace Trump for 2020: GOP donor

TEHRAN, August 12 - US President Donald Trump may need to be replaced with another candidate for the upcoming 202 election, says a top GOP donor once working for Trump. 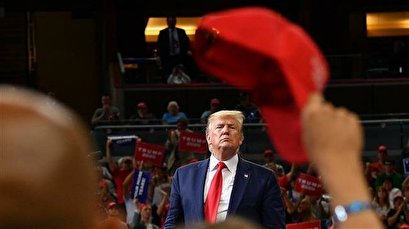 "We are now in the early episodes of 'Chernobyl' on HBO, where the reactor is melting down and the apparatchiks are trying to figure out whether to cover it up or start the clean-up process," he said. "A couple more weeks like this and 'country over party' is going to require the Republicans to replace the top of the ticket in 2020."

Scaramucci, who worked under Trump for 11 days only, further asserted that if the US president "doesn't reform his behavior, it will not just be me, but many others will be considering helping to find a replacement in 2020."

"Right now, it's an unspeakable thing," he continued. "But if he keeps it up, it will no longer be unspeakable. The minute they start speaking of it, it will circulate and be socialized. We can't afford a full nuclear contamination site post 2020."

The Republican National Committee has already voiced “undivided support” for Trump, whose reelection campaign is filled with party insiders.

The Trump reelection campaign has reportedly piled up an unprecedented amount of money to battle Democrats in 2020 and stay at helm in the White House.