TEHRAN, August 12 - Worries that a prolonged Sino-U.S. trade war could tip the world and U.S. economies into recession weighed on Asian equities on Monday, offsetting a welcome a lift from Chinese shares and a stronger-than-expected daily fixing for the yuan. 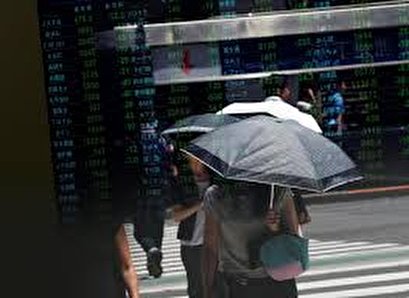 TEHRAN, Young Journalists Club (YJC) -European stocks were expected to recover on Monday after a second week of losses. In early deals, futures for the pan-region Euro Stoxx 50 were up 0.69%, German’s DAX 0.6% higher and FTSE up 0.58%.

But MSCI’s broadest index of Asia-Pacific shares outside Japan turned down from small gains to be 0.07% lower in afternoon trade.

The earlier gains had been aided by Chinese shares rallying from the previous week’s losses. Blue-chip shares rose 1.04%, with listed brokerages boosted by a late-Friday announcement from China’s securities regulator of relaxed margin financing rules..

Further helping sentiment, the People’s Bank of China (PBOC) set its daily midpoint for yuan trading - which determines the limits for its onshore movement - at 7.0211 per dollar. That was weaker than Friday’s setting but stronger than market expectations.

Ryan Felsman, senior economist at CommSec in Sydney, said there was a “positive reaction” to Monday’s fixing, including a pick-up in the Australian dollar, as it reassured investors that China won’t steadily weaken the yuan.

But uncertainty over how the U.S.-China trade conflict will be resolved is contributing to market volatility, Felsman said.

One week ago, China allowed the yuan to break through the key 7-per-dollar level for the first time since 2008, prompting Washington to label Beijing a currency manipulator and sparking market ructions.