TEHRAN, August 12 - Iran’s Foreign Ministry spokesman condemned US push for blocking the social media accounts of the country’s Foreign Minister Mohammad Javad Zarif as a nonstarter, reiterating that Zarif’s voice will continue to be heard in the world in in the appropriate manner. 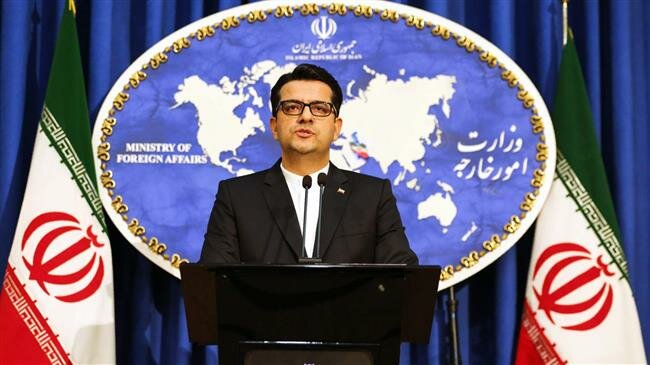 TEHRAN, Young Journalists Club (YJC) - Speaking to reporters on Sunday, Abbas Mousavi pointed to the possibility of blocking the Iranian foreign minister’s social media accounts, especially on Twitter, saying that such a move “would cause his voice to be heard more loudly at international organizations.”

“Zarif has verily been targeted with fury and rancor of those who are afraid of Iran’s voice being heard ...and this is the reason why they have decided to block his access to US-based social media platforms” he added, Press TV reported.

Dismissing the American authorities’ self-proclaimed advocacy of the freedom of speech and information, Mousavi said, "It will not surprise us if they take such a measure. However, Zarif’s voice in his capacity as the head of the Iranian diplomatic apparatus will definitely be heard by the entire world.”

The spokesman also pointed to his American counterpart’s recent remarks that US President Donald Trump was still waiting for a call from Iranian officials, saying, “They have been expecting the Islamic Republic to do this for a long time, but this is a futile expectation.”

“As long as America has not stopped its economic terrorism and exerting pressure (on the Iranian nation), the Islamic Republic will enter into no talks,” the Iranian diplomat added.

Pointing to the fact that no one with common sense would ever engage in talks under such circumstances, Mousavi said, "The Islamic Republic has a powerful government and nation and will try to give powerful voice to its positions, while Americans have proved time and again that they lack honesty."

He also said the confusion in the US foreign policy indicates that Washington is not honest when declaring its positions, and this is why the Islamic Republic does not care about what the US says.

Back in May, Iranian President Hassan Rouhani roundly dismissed the idea of direct negotiations with the US under the current circumstances, stressing the need for resistance against an ongoing economic war waged by Washington.

In remarks on May 14, Leader of the Islamic Revolution Ayatollah Seyed Ali Khamenei underlined that there will be no military confrontation between Iran and the US as Washington is aware that it won’t be in its interest, adding that negotiation with the US is not on the Islamic Republic’s agenda either.

“The Iranian nation’s definite option will be resistance in the face of the US, and in this confrontation, the US would be forced into a retreat,” Ayatollah Khamenei said. “Neither we nor they, who know war will not be in their interest, are after war.”