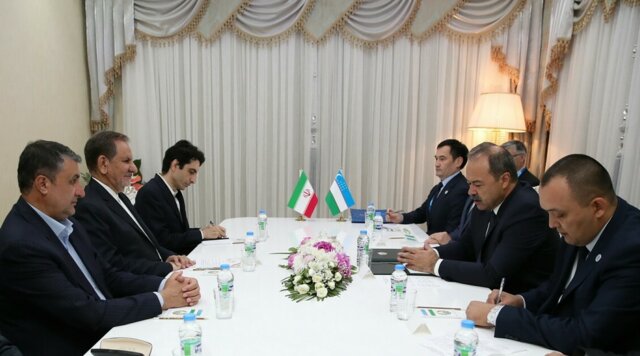 He noted Iran is ready to sign a comprehensive transportation cooperation document with Uzbekistan.

He made the remarks on the sidelines of Caspian Sea economic forum in Turkmenistan.

Aripov, for his part, said, Uzbekistan hails presence of Iranian investors and private sector and called for using the whole potential of the two sides in economic and commercial exchanges.