TEHRAN, August 12 - The British government is concerned about the latest violence in Hong Kong and wants calm from all sides, a spokesman for British Prime Minister Boris Johnson said on Monday. 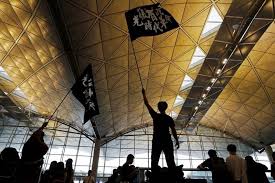 TEHRAN, Young Journalists Club (YJC) - Hong Kong’s airport cancelled all flights on Monday, with authorities blaming demonstrators for the disruption of one of the world’s busiest terminals, an escalation in anti-government protests in the former British colony.

Johnson’s spokesman said the Britain wanted the Hong Kong government to engage with all parties in constructive dialogue.