TEHRAN, August 12 - Iran and four other Caspian Sea countries have signed an agreement on economic cooperation in Turkmenistan’s capital. 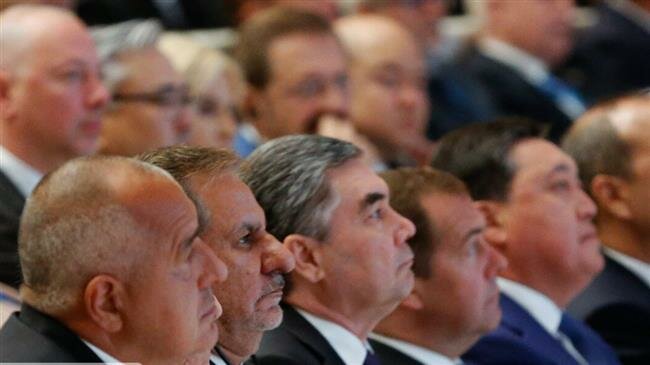 The meeting featured discussion over the role of the Caspian Sea in international economy, and the possible ways through which the countries lying on the inland sea’s shoreline could use existent capacities for further inter-state cooperation in the areas of digital technology and creation of free trade zones.

The signatories agreed that mutual development would contribute to preservation of stability in the region, and laid emphasis on the need for respect for the national interests of the littoral states.

They also addressed the significance of the body of water’s legal status, which was agreed upon by the five countries in August last year in the Kazakh port city of Aktau after more than two decades of intermittent discussion.

As means of enabling better cooperation among them, the Caspian countries also discussed the possibility of creating joint companies, exchanging economic-commercial standards, regulations, and statistics.

Facilitating visa processes was another key point raised in the meeting.

Also on Monday, Iran’s First Vice President Es'haq Jahangiri, who attended the forum on Iran’s behalf, addressed regional affairs and the issue of foreign intervention in the region.

He described stability and security of international waters, and in particular Iran’s northern and southern territorial waters the Islamic Republic's "red line.”

Jahangiri said the United States is after destabilizing the region by employing "tyrannical and inhumane" sanctions against the Islamic Republic as well as through provocative presence in the Persian Gulf.

Washington returned the sanctions after leaving a multilateral nuclear agreement with Iran and five other world powers -- the UK, France, China, Russia and Germany -- in May last year.

Ever since that decision, Washington has been trying to reduce Iran’s international oil sales to zero while increasing the pressure on the country by sending an aircraft carrier, a bomber taskforce, an amphibious assault ship, and thousands of additional troops to the Persian Gulf region.

As part of its anti-Iran policy of “maximum pressure,” which has been at play under President Donald Trump, the US has also proposed formation of a Washington-led so-called coalition in the strategic waters. It has been accusing Tehran of trying to trouble the waters in the region in order to justify creation of the naval force.

“The US’s worn-out Iranophobia policy has paled due to the Islamic Republic’s constructive role in regional developments and anti-terror fight,” Jahangiri said.

He warned that bringing about insecurity to enable weapon sales was still a strategy of the United States.

The comments came in the run-up to a visit by President Hassan Rouhani to the Russian resort city of Sochi.

He will be talking with his Russian and Azerbaijani counterparts, Vladimir Putin and Ilham Aliev, during the visit, which begins on Wednesday.

Regional and extra-regional affairs directly impacting on the status quo in the region are expected to take center stage during Rouhani’s trip.