TEHRAN, August 13 - The U.S. assertion that the recent depreciation of the Chinese yuan against the U.S. dollar amounts to currency manipulation is not true, a U.S. scholar has said. 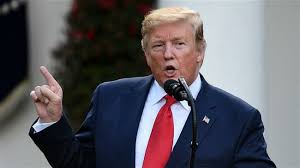 TEHRAN, Young Journalists Club (YJC) - It would be more correct to say that the Chinese authorities gave in to market pressure -- the immediate source of which was none other than U.S. President Donald Trump's announcement of new tariffs on Chinese goods, said Jeffrey Frankel, professor of Capital Formation and Growth at Harvard University, in his signed article titled "The Currency Manipulation Game" published Friday on Project Syndicate website.

Trump tweeted on Aug. 1 that he will place an additional 10 percent tariff on the remaining 300 billion U.S. dollars' worth of Chinese imports starting on Sept. 1.

The task of evaluating whether U.S. trading partners manipulate their currencies lies with the U.S. Treasury Department, which uses three criteria.

Two of the three criteria coincide with internationally agreed yardsticks for manipulation under the Articles of Agreement of the International Monetary Fund: persistent one-sided intervention by the country to push down the value of its currency, and a large current-account surplus.

"Neither of these apply to China today," said Frankel, who previously served as a member of former U.S. President Bill Clinton's Council of Economic Advisers.

The Chinese authorities' recent decision to let the Chinese yuan slip below the seven mark against the U.S. dollar may well have been a deliberate response to Trump's latest tariff offensive, Frankel added.

The real significance of the U.S. decision to label China a currency manipulator is that it represents a further escalation of the two countries' avoidable trade war, the U.S. scholar said.