Powerful interests killed Epstein because he knew too much: Analyst

TEHRAN, August 13 -Billionaire sex trafficker Jeffrey Epstein was eliminated by the “powerful interests” he was involved with, says an American analyst, arguing that the official account of the disgraced business mogul’s suicide in prison is just a cover. 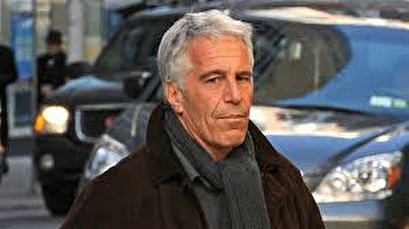 TEHRAN, Young Journalists Club (YJC) -Epstein allegedly hanged himself in his cell at the Manhattan Correctional Center on Saturday morning, despite previous reports that he was placed on suicide watch in late July after a possible suicide attempt in his New York jail cell.

He had been indicted on several charges of exploiting underage girls, sex trafficking, and other crimes related to activities that took place between 2002 and 2005 in several different locations.

His death follows the unsealing of 2,000 pages of documents on Friday that linked many rich and powerful people to Epstein's alleged sex trafficking ring and illegal sexual activities.

Stephen Lendman, a Chiago-based author and radio host, said he doubted that Epstein could kill himself under suicide watch.

“Suicide watch means he has bright lights on in his cell 24 hours a day, he was monitored by video tape so there were monitors who were watching [him] 24 hours a day, guys had to check on him repeatedly,” he said.

“How could a guy that has nothing in his cell take his own life?” Lendman asked.

He also said a decision by authorities to call of suicide watch on Epstein in late July was suspicious and shows certain hands were at play to make his death look like a suicide.

“The issue with Epstein is he was involved with all kinds of people… in the US and abroad” said Lendman.

“There is no question that the powers that be in America and in these countries do not want any more of this stuff becoming public than already has,” he argued.

According to the analyst, Epstein did enough damage after it was revealed that he had close ties with former President Bill Clinton, Brtish royal Prince Andrew and at real estate mogul Donald Trump, long before he became president.

Shortly after Epstein’s death, Trump retweeted a post on Saturday about Epstein's death in which Twitter user Terrence K. Williams blamed the death on former Secretary of State Hillary Clinton and former President Bill Clinton and does not provide evidence.

The tweet included the hashtags #ClintonBodyCount and #ClintonCrimeFamily, as well as a photo of both the former president and secretary of state. Conspiracy theories linking the death to both the Clinton and Trump himself trended Saturday on Twitter.

“How many more? Who knows, probably a good many more,” Lendman said, referring to speculations about the real number of influential people involved in Epstein’s illegal actions. “Epstein was 66 years old and apparently he had been doing this kind of stuff for many years.”

“My best guess, and I certainly don’t know, is the guy was done in by powerful people to silence him, which what this probably is all about,” he said, saying an autopsy of the body wouldn’t reveal why and how Epstein killed himself either.

“When people stand in the way of powerful interest, they are eliminated,” Lendman concluded