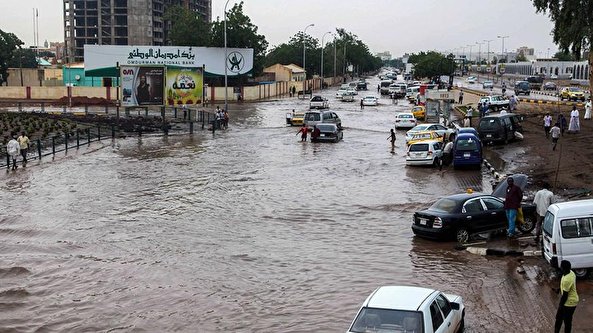 TEHRAN, Young Journalists Club (YJC) - SUNA news agency said at least five people, including two children, were killed when rains destroyed their house in the village of Rifaa in central Jazeera province. Another two children were injured, the report added.

In the nearby village of Zarqa, at least 15 houses were destroyed, and at least one person died, the agency said.

In Khartoum, the Sudanese Professionals' Association said rains over the weekend caused floods that destroyed or damaged more than 1,300 homes on the southern outskirts of the city, where the White and Blue Nile rivers meet.

The SPA said the flooding could lead to epidemic diseases and overwhelm sanitation services.

The military deployed troops to help people deal with the flooding. The Health Ministry said at least 12 provinces have been affected by torrential rains since earlier this month.