TEHRAN, August 14 - Sometimes, trees fall down on their own, but deforestation is fueled by human activities. In Colombia, those activities sometimes involve coca, the crop from which cocaine is derived. 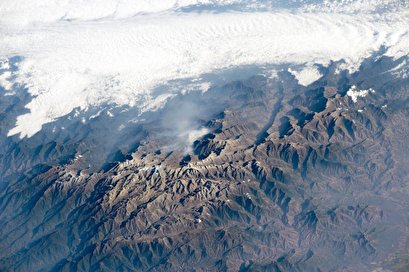 "The relationship between conflict and deforestation is far from simple," Pablo Negret, a doctoral student at the University of Queensland, said in a news release. "Many factors interact to increase or decrease deforestation risk, but stable governance can help forest retention."

In 2016, the Colombian government and Colombia's largest dissident group, the Revolutionary Armed Forces of Colombia, or FARC, signed a peace agreement. But deforestation has continued in areas previously occupied by FARC.

"Our research shows that conservation projects need to work in parallel with social projects and substituting illegal coca crops," Negret said. "One way to do this is to work with the communities in Indigenous reserves and Afro-Colombian collective lands to reach conservation objectives, while fostering economic activity."

For the latest study -- published this week in the journal Biological Conservation -- Negret and his colleagues analyzed the relationships between spatial patterns of deforestation in Colombia and 17 variables.

"On their own, armed conflict and coca cultivation had a notable effect, particularly in the Amazon, but in combination with other variables it was small," researchers wrote in the paper. "Deforestation pressure induced by armed conflict and coca cultivation was highest in Tumaco and Catatumbo regions and in la Macarena, Sierra Nevada and San Lucas mountains -- all areas of high biodiversity and conservation importance."

Authors of the new study hope their work will make it clear that curbing deforestation is about more than simply thwarting tree cutters. To protect forests, leaders and policy makers must work to solve the social and environmental ills that fuels deforestation, the researchers say.