TEHRAN, August 14 - The impact of humans on the world's oceans has doubled during the last ten years, according to a new study by researchers at the University of California, Santa Barbara. The latest analysis suggests human impacts are likely to double again over the next decade. 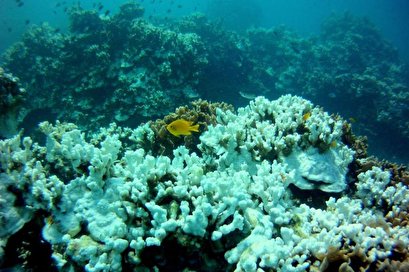 Warmer, more acidic oceans have triggered coral bleaching events across the globe, disrupting the ecosystems anchored by diverse coral reef communities. Some studies suggest global warming is causing major ocean currents to slow down, disrupting the mixing of oxygen and nutrients that fuel many ocean ecosystems.

In addition to global warming, humans are also responsible for increased pressure on commercial fish stocks. Runoff from land-based pollution continues to fuel algal blooms and harm coastal ecosystems, while increased shipping traffic has had detrimental effects on marine life.

Scientists surveyed dozens of studies to calculate the cumulative effects of human activities on the health of marine ecosystems around the world. They found human impacts on the ocean have increased significantly in recent years.

"It's a multifactor problem that we need to solve," Ben Halpern, director of UCSB's National Center for Ecological Analysis and Synthesis, said in a news release. "We can't just fix one thing if we want to slow and eventually stop the rate of increase in cumulative impacts."

In addition to quantifying the growth of human impacts over the last decade, the new paper -- published this week in the journal Scientific Reports -- predicted the increase in human impacts on the oceans over the next ten years.

By identifying the ways and places where humans are having the greatest effect on ocean health, scientists hope to aid environmental protection and conservation strategies.

"If you don't pay attention to the big picture, you miss the actual story," said Halpern. "The bigger picture is critical if you want to make smart management decisions -- where are you going to get your biggest bang for your buck."

Halpern and his colleagues found evidence that the right environmental policies can produce positive changes. Commercial fishing pressures and pollution levels decreased in the waters off the coasts of South Korea, Japan, the United Kingdom and Denmark.

"We can improve things," said Halpern. "The solutions are known and within our grasp. We just need the social and political will to take action."

Previous efforts to quantify the total effects of human activity on the planet's oceans have mostly offered snapshots, but the latest study provided scientists with a glimpse of how human impacts are changing. The research offered scientists a reminder of how quickly ocean conditions and patterns can shift.