Ready for US face-off, China ‘re-engages’ Iran on projects

TEHRAN, August 14 - China has “re-engaged” Iran on three key energy projects which the world’s biggest oil buyer is adamant to carry on with their implementation despite US sanctions, a report says. 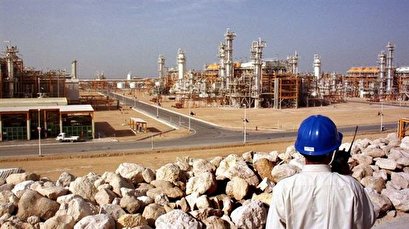 Last December, Reuters said CNPC had decided to suspend investment in the South Pars project, but Minister of Petroleum Bijan Zangeneh said Iran had rejected it.

“We have to sort out the issue with this country (China). It has to pull out of the contract which if it does so, its share will be transferred to Iran’s Petropars,” the minister said.

The National Iranian Oil Company (NIOC) had awarded the project in July 2017 to a consortium comprising Total, CNPC and Petropars through a contract worth more than $4 billion.

When Total withdrew, CNPC was assigned the French firm’s 50.1 percent stake in the field, giving it a total of 80.1 percent in the site, with Iran’s Petropars holding the remainder.

When the US reimposed sanctions on Iran’s energy sector in November, China saw a chance for a trade-off with the United States.

Unidentified Chinese sources were quoted by Reuters as saying at the time that CNPC had convinced the US to continue investing in the North Azadegan and Masjid-i-Suleiman (MIS) oil fields in exchange for halting development of Phase 11.

The Chinese company allegedly convinced the US that it needed to continue investing in the two Iranian fields to recoup the billions of dollars spent under buy-back contracts signed years ago.

According to OilPrice.com, China said at the time that its ongoing activities on Yadavaran could be justified by dint of the fact that the original contract had been signed in 2007, long before the US withdrawal from the nuclear deal in May 2018 and subsequent reiposition of sanctions.

With much of their initial qualms set aside in the face of an aggressive US trade war, the Chinese are now seriously thinking of developing Yadavaran, the website said.

The third of China’s major unfinished projects in Iran was the buildout of the Jask oil export terminal, which does not lie within the Strait of Hormuz or even in the Persian Gulf, but rather in the Gulf Of Oman.

The project requires $2 billion of investment to build a 1,000-kilometer pipeline to carry oil from Khuzestan province in southwest Iran to Jask in southern Hormozgan province and the Chinese are reportedly out to foot the bill.

Other plans are to build a large petrochemical and refining complex in Jask, with the prime market for produced substance, including gasoline, gas oil, jet fuel, sulfur, butadiene, ethylene and propylene, and mono-ethylene glycol, being China.

According to OilPrice.com, China has offered to send engineers and other professionals required in the project.

Beijing has also braced for any fallout from its participation in Iranian development projects and possible face-off with the US, the website said.

“If there is any further pushback from the US on any of these Chinese projects in Iran, then Beijing will invoke in full force the ‘nuclear option’ of selling all or a significant part of its $1.4 trillion holding of US Treasury bills, with a major chunk of the paper due to be sold in September on this basis,” it said.

The large-scale selling of Treasury bills is likely to trigger a dollar crash, a huge spike in bond yields, the collapse of the housing market and stock market chaos, senior figures at China’s think tanks have warned.