US Agrees to Lift Sanctions for Iran Air ATR Spares

TEHRAN, August 14 - The US Office of Foreign Assets Control (OFAC) has given turboprop manufacturer ATR permission to supply Iran Air with spares to keep its fleet in the air, a report said. 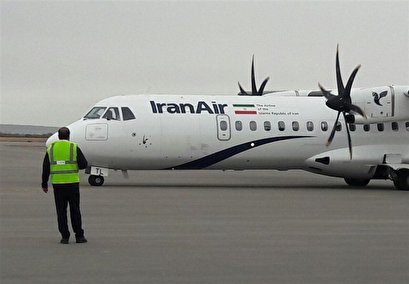 TEHRAN, Young Journalists Club (YJC) -“In April 2019, ATR was granted a license for the support of the Iran Air fleet (13 aircraft) from the OFAC,” an ATR spokesman told ATW (Air Transport World) on Tuesday.

“This license authorizes ATR, in compliance with its terms, to export parts, components and tools, update software and provide technology necessary to ensure the safe operation of the aircraft. The license expires on the 30 April 2021,” he added.

Iran Air ordered 20 ATR 72-600s, plus 20 options, in February 2016. A batch of five was delivered in the 24 hours before the sanctions were reimposed last year and it is understood that a further three were ready for delivery if the deadline had been delayed by 24 hours.

ATR initially hoped it would receive permission from OFAC to supply the remaining aircraft, but later accepted this would not happen.

The Iranian flag carrier has 13 of the Franco-Italian ATR 72-600s in its fleet.