Israeli minister to be indicted on corruption charges 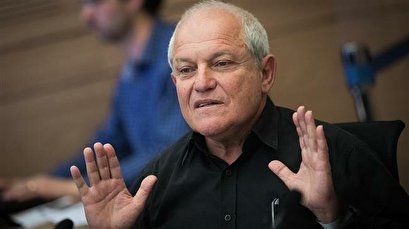 TEHRAN, Young Journalists Club (YJC) -Avichai Mandelblit informed Katz on Wednesday that he had decided to indict him on charges of fraud and breach of trust.

The 71-year-old minister is accused of advancing decisions benefiting a financial consultant to major Israeli firms.

According to Mandelblit, Katz helped his friend — businessman Mordechai Ben-Ari — by promoting legislation in the Knesset (Israeli parliament).

More serious charges of bribery against Katz were dropped following his pre-indictment hearing.

Katz, a veteran Likud lawmaker, had also been a criminal suspect in a second separate corruption investigation relating to his time as head of the Israel Aerospace Industries (IAI) workers’ union, but Mandelblit said he would close that case against the minister.

Katz is a member of Prime Minister Benjamin Netanyahu's Likud party and has served in his current post since 2015.

The prime minister himself is also facing potential corruption charges in the months ahead over allegations of fraud, bribery and breach of trust in cases unrelated to those of Katz.

The Israeli attorney general has announced his decision to charge Netanyahu pending a hearing, in which the premier would have a chance to refute the charges before they are formally laid.

The hearing is expected in early October, weeks after Israel’s September 17 general elections.

Israeli police have also recommended charges for two other ministers in Netanyahu’s cabinet.

Interior Minister Arye Deri has been accused of fraud and dishonesty in an investigation related to real estate sales.

Police have separately recommended charging Deputy Health Minister Yaakov Litzman over accusations he sought to prevent the extradition of a woman facing trial in Australia for paedophilia.

Earlier in June, an Israeli court convicted Netanyahu’s wife Sara of misusing public funds through lying to use regime's funds for meals at her private residence.