CRISPR-Cas can now modify dozens, or hundreds, of genes at once

TEHRAN, August 15 -Scientists have supercharged CRISPR-Cas technology. According to a new study, the method can now be used to modify dozens, even hundreds, of genes. 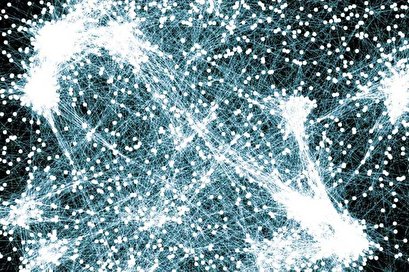 Now, researchers in Switzerland have revolutionized the process. In recent lab experiments, CRISPR-Cas was used to modify up to 25 target sites within a single cell's genes. And according to the latest research, the new method is capable of modifying dozens, even hundreds, of genes.

"Thanks to this new tool, we and other scientists can now achieve what we could only dream of doing in the past," Randall Platt, a professor of biosystems science and engineering at ETH Zurich, said in a news release.

Inside a cell, the replication and expression of genes is controlled by a complex systems of interactions between genes and proteins. According to Platt and his colleagues, the updated CRISPR-Cas method allows scientists to hack this complex system.

"Our method enables us, for the first time, to systematically modify entire gene networks in a single step," Platt said.

CRISPR-Cas relies on guide RNA to lead an ezyme, Cas9, to the part of the chromosome that scientists want to edit. The enzyme works like molecular scissors, excising a gene's DNA code. When the cell recognizes the deletion, it attempt to repair the break. Scientists can hijack the cells' genetic repair mechanism to insert specific DNA.

To make the method more powerful, scientists integrated the guide RNA and Cas into a plasmid, or a circular DNA molecule. The plasmid can carry a longer list of genetic targets, sending the RNA-Cas pair out to multiple sites. Scientists also replaced Cas9 with a related Cas12a enzyme, which can both snip out target DNA and cut up the plasmid's RNA address list into individual addresses.