TEHRAN, August 15 -New therapies are showing real promise in fighting the type of brain cancer that claimed the lives of Sens. John McCain and Ted Kennedy, a pair of new clinical trials shows. 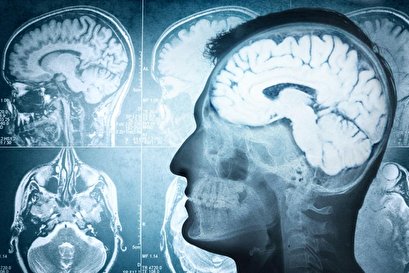 TEHRAN, Young Journalists Club (YJC) -One experimental treatment injects powerful genes directly into a brain tumor, and then uses pills to turn the genes on and off. That way, the genes can attack the cancer without going berserk and damaging other parts of the body.

"It's the first time where we show you can do drug-induced gene therapy," said lead researcher Dr. Antonio Chiocca, neurosurgeon-in-chief and chair of neurosurgery at Brigham and Women's Hospital in Boston. "You don't want these genes to express all the time. Here we show for the first time in humans, you can turn a gene on and off based on a drug the patient takes by mouth."

Meanwhile, the other new therapy uses mild electrical current to reduce blood flow to brain tumors, starving the cancer of the nutrients it needs to grow.

Even with that, half of patients die on average within about 15 months, and the cancer usually recurs within seven months, he noted.

"When it comes back, median survival is usually only a few months," Chiocca said.

In the gene study, Chiocca and his colleagues injected brain tumors with viruses carrying a gene that promotes the production of interleukin-12, a biochemical that prompts the immune system to find and fight cancer.

Interleukin-12 (IL-12) can't be directly administered to patients because it's so powerful that it runs amok in the body, causing side effects like kidney and liver failure, Chiocca explained.

But the IL-12 genes placed in the tumor were genetically altered so that they could be switched on and off using a new drug called veledimex, Chiocca said.

"The patient takes it by mouth and it crosses into the brain, into the tumor, and turns on the gene for a period of hours," Chiocca said of veledimex.

The phase I trial involved 31 patients with recurring glioblastoma. Results showed that the genes safely promoted an immune response against brain tumors, the researchers said.

These sorts of tumors typically are found to be "immune-deserted," with no immune cells at all within them, Chiocca said.

But, "when we looked at the tissue, it was full of immune cells" following treatment, he reported.

While the genes stimulated IL-12 production in the tumors, the powerful biochemical did not appear to enter the bloodstream and circulate throughout the body, the researchers said.

But the side effects went away after the patients stopped taking veledimex, and were less severe in patients taking a lower dose of the drug, the study authors explained.