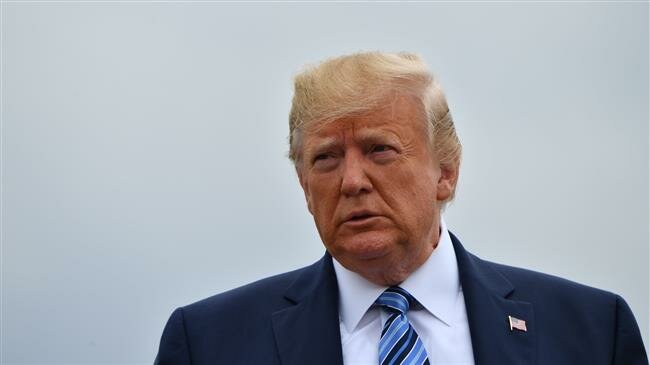 Only 43 people contacted for the latest survey said they approve of Trump's job performance, down from 46 percent last month.

According to the survey, Trump has the disapproval of a record number of men, at 53 percent, white men, 46 percent, and independents, 64 percent.

Some 1,013 registered voters nationwide were surveyed by researchers from Aug. 11 to 13 for the poll. The results have a margin of error of plus or minus 3 percentage points.

The poll comes at a time when Trump is under fire from critics for his anti-immigration rhetoric bordering on racism. Many have accused him of inciting violence following the recent mass shootings.

El Paso police said the 21-year-old suspect published a "manifesto" before his shooting that had anti-immigrant and racist rhetoric. The August 3 massacre was one of three mass shootings in the United States within a span of a week, unleashing fresh alarm at the national crisis of gun violence.

The gunman, who was arrested, is white and linked to a "manifesto" posted online that described an attack in response to a “Hispanic invasion.”

On August 4, a 24-year-old gunman killed nine people in a rampage in Dayton, Ohio. That shooting came seven days after a teenager killed three people with an assault rifle at a food festival in California before taking his own life.