TEHRAN, August 15 - A Sudanese rebel alliance says it should be represented in the transitional government formed by the military and the pro-democracy movement following an agreement reached earlier this month. 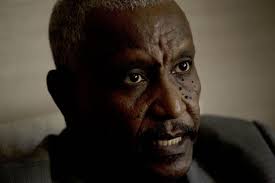 TEHRAN, Young Journalists Club (YJC) - Yesir Arman, a senior official in the Sudan Revolutionary Front, told The Associated Press on Wednesday that the government should end the long-running war in Darfur and integrate the rebels into the armed forces as part of an "agenda of peace."

Sudan has been convulsed by rebellions in its far-flung provinces for decades. A cease-fire has held since the military overthrow of President Omar al-Bashir in April, and the rebels have joined the main pro-democracy coalition.

The SRF is an alliance of the largest rebel groups in Darfur, where al-Bashir is accused of carrying out a genocide in the early 2000s.