TEHRAN, August 17 -Millions of butterflies are dancing through the skies above the Lake Tahoe Basin, delighting locals and tourists alike. 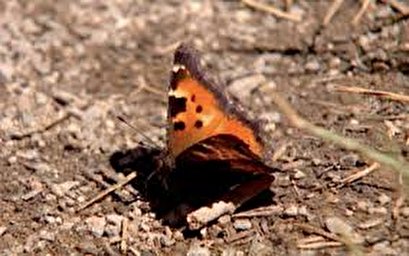 But this year's large numbers of butterflies are caused by weather factors, according to experts.

The fiery beauties this year are feasting on the bounty of plants and flowers created by the wet, snowy winter the region experienced. Congregating near water, crowding along hiking trails, covering bushes and fluttering across meadows, locals say they can't remember a time when they've seen this many butterflies.

"The butterflies, as you are walking they are flying away from sitting on the pathway. It is like a symphony of butterflies," hiker Kisa Carownma, told local news station KOLO.

The symphony of butterflies is hitting all the right notes for folks like Chris Henry, who posted a photo on Twitter, calling the phenomenon a "butterfly explosion."

According to Nevada State entomologist, Jeff Knight, although there are a lot of butterflies, the numbers aren't necessarily record-breaking.

"It happens every once in a while where we have higher numbers than unusual," Knight explained to KOLO. "They are up there all the time every year. But we have a higher population this year," he said.

Kevin Burls, who operates Nevada Bugs and Butterflies, agrees. "It is certainly not something that happens all the time," Burls told The Reno Gazette Journal.

Each spring, the butterflies migrate north to mate and lay their eggs on the tobacco brush and snow brush that grows in the area, Knight said. In the summer, they undergo their radical transformation from caterpillar to butterfly and burst from their cocoons in late July. Will Richardson, executive director of the Tahoe Institute for Natural Science, saw evidence of the current butterfly boom near South Lake Tahoe at the end of July.

"We didn't see any adults flying," he told The Reno Gazette Journal. "But the whole hillside was covered in caterpillars."