TEHRAN, August 17 -An Israeli lawmaker has been attacked by police after waving a Palestinian flag during a demonstration in Jerusalem al-Quds. 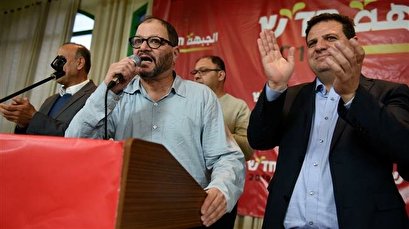 According to Cassif, the police attacked him and his aide after they objected to the forced seizure of the flag.

A video shows police scuffling with the duo, with the lawmaker being held by an officer while the aid is handcuffed in a painful position, prompting him to cry out in pain.