TEHRAN, August 17 - A new find, published this week in Journal of Human Evolution, suggests that Neanderthals were roaming at the Iranian Zagros Mountain sometimes between 40 to 70 thousand years ago. 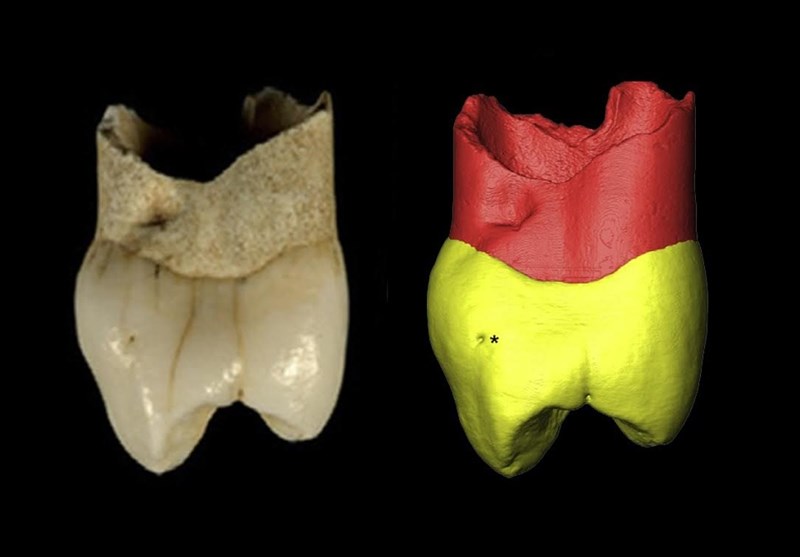 TEHRAN, Young Journalists Club (YJC) - The new study on a human tooth discovered in 1999 in a cave called Wezmeh near Kermanshah, west of Iran, showed that this tooth that previously thought to be modern human in fact belongs to a Neanderthal child.

Jebrael Nokandeh, director of the Iran National Museum said the results of this new study that was published this week in the international "Journal of Human Evolution" definitely prove that Neanderthals lived in the Zagros region. He further said that given the importance of the results of this discovery, the tooth will soon be displayed in the Paleolithic Gallery of the Iran National Museum.

According to Fereidoun Biglari, head of the Paleolithic Department of the Museum and co-author of the article, this premolar tooth belongs to a Neanderthal child who was between six and ten years old at the time of death. He added that the tooth was discovered during the Islamabad Archeological Research Project, led by Kamyar Abdi in the late 1990s. This human tooth has been studied several times since then using various methods.

In a recent study, Biglari said the specimen was re-analyzed by Roberto Macchiarelli and Clement Zanolli by X-ray micro-CT imaging that revealed the inner structure of the tooth, especially the enamel-dentine junction which aligns the tooth closely with Neanderthals and shows that it is distinct from modern humans. He added, therefore, this tooth is the ﬁrst direct evidence of the Neanderthal presence in the Iranian Zagros.

Biglari said since the Neanderthals were extinct before 40.000 years ago, and the earliest dated animal remains from the Wezmeh Cave is about 70.000 years old, this individual lived in the region during that time period.

He said the significance of the finding is that according to research done so far only one Middle Paleolithic human bone has been found in Iran, which comes from late 1940s excavations in Bisotun Cave near Kermanshah.

Biglari added the human bone fragment from Bisotun is a forearm (radius) fragment that was found with Mousterian stone tools and animal fossil remains. This important fossil is held in the University of Pennsylvania Museum of Archeology and Anthropology.

Comparison of its dimensions to those of Neanderthal and other specimens aligns it predominantly with the Neandertals and Upper Paleolithic modern humans. He also mentioned that the discovery of a canine tooth of a Neanderthal child at a shelter near Kermanshah was announced in the media last year, but as the results of its analysis are not yet published in academic journals, it is not possible to evaluate it. In closing, Biglari said, as some researchers are not certain about attribution of Bisotun fossil to Neanderthal, the tooth found in the Wezmeh Cave put an end to these debates, and therefore this new research placed Iran on the list of countries that Neanderthal human remains have been discovered.

Marjan Mashkour, an associate researcher of Iran National Museum and a research member of Natural History Museum in Paris, who is a co-author of the article too, said in addition to the Neanderthal tooth, large numbers of extinct animal fossils including cave lion, spotted hyena, rhinoceros and wild cattle, as well as other species such as leopards, wolves, foxes, wild horses, onager, boar, and deer, have been found in the cave.

She added that the cave was a carnivore den during late Ice Age when predators carried herbivores carcasses into the cave. She added that this animal remains provided a wealth of new information about predators who roamed in the Islamabad Plain of western Zagros between 11000 to 70000 years ago when Neanderthal and Modern humans were present in the region.