TEHRAN, August 17 - The US has issued a warrant for the seizure of the Iranian oil supertanker Grace 1, one day after a Gibraltar judge allowed the release of the detained vessel. 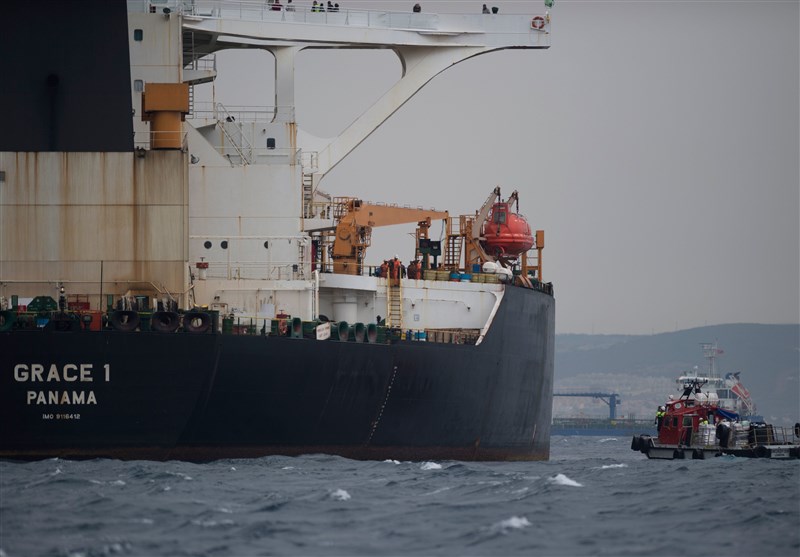 TEHRAN, Young Journalists Club (YJC) - The warrant, which was unveiled by the US Justice Department on Friday, read that there had been “a scheme to unlawfully access the US financial system to support illicit shipments to Syria from Iran", AFP reported.

It added, “…all petroleum aboard it and $995,000.00 are subject to forfeiture based on violations of the International Emergency Economic Powers Act (IEEPA), bank fraud statute, and money laundering statute, as well as separately the terrorism forfeiture statute.”

On Thursday, Gibraltar’s government announced it was releasing the supertanker seized by British Marines in the Strait of Gibraltar despite pressure from the US for the vessel’s continued detainment.

The US Justice Department also ordered the seizure of $995,000 in an account at an unnamed US bank associated with Paradise Global Trading LLC, which it called a shell company associated with businesses which act for the Islamic Revolution Guards Corps (IRGC).

There was no immediate word from Britain or Gibraltar over whether they would act on the warrant, as Iran said it was sending a new crew to pilot the tanker and its 2.1 million barrels of oil.

Britain’s naval forces unlawfully seized the Grace 1 and its cargo of 2.1 million barrels of oil in the Strait of Gibraltar on July 4 under the pretext that the supertanker had been suspected of carrying crude to Syria in violation of the European Union’s unilateral sanctions against the Arab country.

Iran’s Ports and Maritime Organization said Tuesday that Britain was expected to soon free the Grace 1, after the two sides exchanged certain documents to pave the way for the supertanker’s release.