TEHRAN, August 17 - Yemeni forces attacked on an oil field affiliated to Saudi Aramco in the east of the kingdom in retaliation for Riyadh’s war on their country, al-Masirah TV reported. 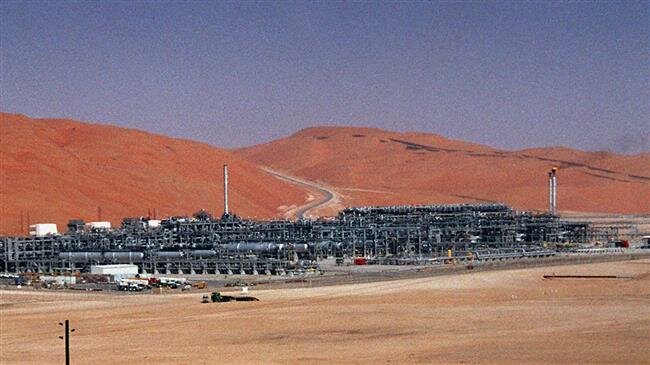 TEHRAN, Young Journalists Club (YJC) - Oil facilities at Shaybah, which has the largest strategic oil reserve in Saudi Arabia near the UAE border, were targeted by 10 Yemeni drones, the Yemeni broadcaster said Saturday.

Shaybah, operated by state-oil company Saudi Aramco, is located in the east of the kingdom, close to the United Arab Emirates border.

Sare'e said the operation was launched as part of "a legitimate deterrence for the aggression crimes and siege" against the Yemeni nation.

He renewed call on companies and civilians to stay away from all vital sites in Saudi Arabia, adding that Yemen's bank of targets inside the kingdom "expands daily" and that the future attacks would be more painful to the enemy.

"Forces of aggression have no choice but to stop the war and lift the siege on the Yemeni people," Sare'e said.

Yemeni fighters regularly target positions inside Saudi Arabia in retaliation for the Saudi war, which began in March 2015 in an attempt to reinstall the country's Riyadh-allied former regime and crush the popular Houthi Ansarullah movement.

The Western-backed military aggression, coupled with a naval blockade, has killed tens of thousands of Yemenis, destroyed the country’s infrastructure and led to a massive humanitarian crisis.

The coalition also urged the southern separatists to withdraw from all sites they have recently captured in Aden.

However, Aden local officials said that although the UAE-sponsored elements had moved away from the nearly empty presidential palace and central bank, they were not quitting the city's military camps.

“We will not retreat, we will not budge and planes will not scare us,” a statement from one of the brigades fighting as part of the Emirati-backed militants.

Both camps serve the Riyadh-led coalition, and have been engaged, since 2015, in a bloody military campaign against Yemen aimed at reinstating Hadi, who resigned in 2014 and later fled to the Saudi capital.

The clashes erupted weeks after the UAE announced a surprise plan to withdraw part of its troops from Yemen in a major blow to its coalition allies.