TEHRAN, August 18 -A new drug may help to speed up the rejuvenation of blood stem cells after chemotherapy, a new study says. 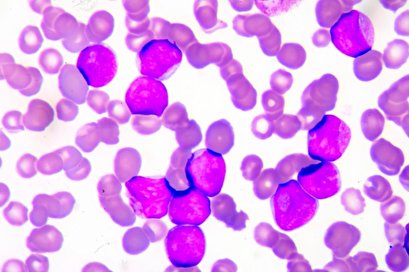 The drug has been tested in mice, and researchers say if they can replicate the findings in humans it represents an opportunity to more quickly help cancer patients recover from chemotherapy treatments, as well as radiation and bone marrow transplants.

"We're very excited about the potential medical applications of these findings," John Chute, a researcher at UCLA and study author, said in a news release.

Blood stem cells produce all of the blood and immune cells in the human body. But chemotherapy and radiation used to treat cancer can suppress those cells, often requiring months of recovery time.

In a 2014 experiment, the researchers observed that mice deficient in PTP-sigma can regenerate blood stem cells faster following radiation therapy.

For the new study, the researchers developed 100 candidate drugs, several of which were able to block PTP-sigma in human stem cells in lab dishes. The compound judged to be most effective is called DJ009.

Human cells treated in the lab were then transplanted to mice, who were able to live and function well.

The researchers say they are fine-tuning DJ009, as well as other compounds that displayed similar potential, with plans to start testing in humans at some point.

"The potency of this compound in animal models was very high," Chute said. "It accelerated the recovery of blood stem cells, white blood cells and other components of the blood system necessary for survival. If found to be safe in humans, it could lessen infections and allow people to be discharged from the hospital earlier."