TEHRAN, August 18 -The leader of the opposition, Jeremy Corbyn, has stepped up his plans to become Caretaker Prime Minister. Talking to ITV on 17th August, Corbyn said that as Labour is “by far” the biggest opposition group, it should be invited to form a government if a “no-confidence” motion in Boris Johnson’s Tory government succeeds. 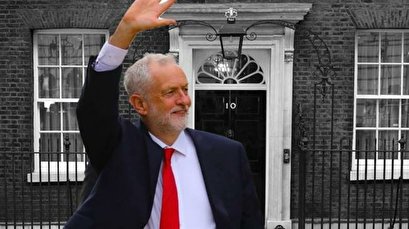 TEHRAN, Young Journalists Club (YJC) -The prospect of a “no-confidence” motion against the government has increased of late, as Johnson appears to be ideologically committed to a no-deal Brexit, even to the extent of bypassing parliament to achieve it.

The shadow home secretary, Diane Abbot, indicated on August 12th that Labour could be planning a “rapid” vote of no confidence against the government once the House of Commons reconvenes after the end of the summer recess in September.

Labour’s initiative is part of a broader effort to stop a no-deal Brexit before 31st October. To that end, even dissident Conservative MPs are mobilizing to stop Johnson’s dash toward a hard Brexit.

The Guardian reported on August 16th that at least 35 Tory MPs have fired “warning shots” at Johnson, reminding him of their strong opposition to a no-deal Brexit.

Furthermore, according to the Guardian, a “tiny minority” are considering voting against Johnson in a no-confidence motion.

However, the dissident Tories have set down red lines in their quest to oust Johnson before October. The disaffected Tories’ key strategist, the flamboyant Conservative MP, Oliver Letwin, has ruled out supporting Corbyn to become caretaker PM.

Meanwhile, Tory party grandee, Ken Clarke, has indicated his willingness to lead a government of “national unity” to avoid a no-deal Brexit.

Clarke, who has been an MP since 1970, has given his support to a proposal by Liberal Democrat leader, Jo Swinson, for an “emergency government” either led by him or by the veteran Labour MP, Harriet Harman.

But none of these proposals are likely to gain much traction as neither the dissident Tory MPs, nor the Liberal Democrat leader, nor the tiny number of Labour MPs operating independently of Corbyn, have sufficient political capital to oust Johnson.

By any standard, it appears that the most effective way to stop a disorderly Brexit on 31st October would be for the House of Commons to rally behind Jeremy Corbyn as caretaker Prime Minister.