Russia: No plans to deploy new missiles unless US does so

TEHRAN, August 18 -Russia says it has no plans to deploy new missiles as long as the United States shows similar restraint in Europe and Asia, after Washington killed a landmark Cold War-era arms control treaty. 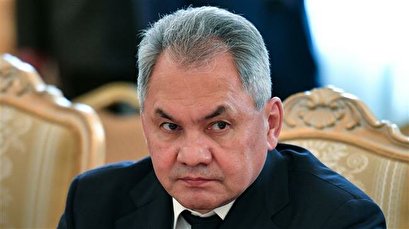 TEHRAN, Young Journalists Club (YJC) -“We still stick to that. Unless there are such systems in Europe (deployed by Washington), we won't do anything there,” Russian Defense Minister Sergei Shoigu told the Rossiya-24 TV channel on Sunday, according to Interfax news agency.

The treaty, named the Intermediate-Range Nuclear Forces Treaty (INF), was signed toward the end of the Cold War in 1987 by then US President Ronald Reagan and Soviet leader Mikhail Gorbachev. It banned all land-based missiles with ranges of between 500 and 5,500 kilometers and included missiles carrying both nuclear and conventional warheads.

The INF — which was seen as a milestone in ending the Cold War arms race between the two superpowers — led to the elimination of 2,692 missiles from both sides, ridding Europe of land-based nuclear missiles.

However, the hard-fought INF collapsed on August 2 after the US officially withdrew from it, triggering fears of a new arms race. Washington had first announced its plan to ditch the INF in February, accusing Moscow of violating the treaty, a claim Russia has rejected.

A few days after the collapse of the INF, Russian President Vladimir Putin urged the United States to start new arms talks, warning that Moscow will be forced to begin developing short- and intermediate-range land-based nuclear missiles if Washington starts doing so.

Earlier, Russian President Vladimir Putin urged the United States to start new arms talks, a few days after the collapse of the INF, warning that Moscow will be forced to begin developing short- and intermediate-range land-based nuclear missiles if Washington starts doing so.

The US has been deploying its missiles in Eastern Europe and near Russia’s western borders, a provocative move denounced by the Kremlin.

Moscow has repeatedly warned Washington not to deploy such missiles in the vicinity of Russia’s borders, vowing to deploy its own missiles, capable of reaching all parts of Europe in response.