FM Zarif in Finland at first leg of Scandinavian tour

TEHRAN, August 19 -At the first leg of a three-nation Scandinavian tour, Iranian Foreign Minister Mohammad Javad Zarif has arrived in the Finnish capital of Helsinki for high-level talks with European officials on ways to ease tensions in the West Asia region. 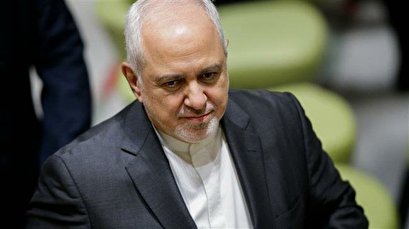 TEHRAN, Young Journalists Club (YJC) -Speaking to reporters upon arrival in Helsinki, Zarif said "it is necessary to hold broad consultations" on ongoing tensions in the West Asia given the "special situation" of the region.

"Today the situation in our region is special, and broad consultations are needed on this issue. Today (Sunday) I was in Kuwait. I'm now visiting Finland, and then will head to Sweden and Norway at this stage. In the next phase, I'll visit a number of Asian countries and continue the talks with them," Zarif said.

"Especially ahead of the UN General Assembly in New York, it is necessary to work for such coordination given the currently special situation we have."

"Finland, Sweden, and Norway are all active in our regional issues; Sweden was responsible for the first Yemen summit, and Norway seeks to organize a summit on Afghanistan. So it is necessary to hold dialogue with these countries on regional issues as well," the Iranian top diplomat said.

Zarif pointed to an initiative for dialogue in the Persian Gulf set forth in the past by Finland, and said it is almost similar to the plan Iran has earlier raised.

"A few years ago I came here, Helsinki, and raised the initiative of a regional dialogue forum in the Persian Gulf, and the Finnish have always been interested in these issues," he noted.

Zarif raised the idea of a Regional Dialogue Forum for the first time in an op-ed article in The New York Times on April 20, 2015, where he argued that "the establishment of a collective forum for dialogue in the Persian Gulf region, to facilitate engagement, is long overdue."

In May 2016, he further elaborated on the initiative in his address to the fifth meeting of the Helsinki Policy Forum in the Finnish capital. In the speech, the Iranian top diplomat stressed the importance of increasing opportunities for dialogue in the region, particularly between the countries of the Persian Gulf.

Later in October 2017 and January 2018, Zarif repeated the calls for the formation of the Forum in an attempt to restore peace and stability to the region.

Also in an address to the Valdai Club Conference in Moscow in February 2018, Zarif called on the Persian Gulf states to work for the realization of “a historic paradigm shift” in the region through confidence-building measures, which “could eventually lead to a regional non-aggression pact.”

He later repeated the call for the non-aggression pact in various meetings, including in his Sunday talks with Kuwaiti crown prince, where he said the regional non-aggression agreement “trumps reliance on extraneous actors”.

Tensions have been running high in the region since early May this year, when the US ordered the accelerated deployment of a strike group to the Persian Gulf, citing an alleged threat from Iran.

A week later, four oil tankers were allegedly sabotaged in the Emirati port of Fujairah. In early June, two other oil tankers were damaged by explosions in the Gulf of Oman. The US blamed both incidents on Iran. Tehran denied any involvement and said the incidents were “suspicious,” an indication that it believed the US may have been staging a false flag.

On June 20, a US spy drone and another, crewed aircraft entered Iranian airspace. Iranian air defense forces shot the drone down but chose not to target the craft with the crew.

Later, the UK seized a supertanker carrying Iranian oil near Gibraltar, alleging that it was violating unilateral European Union (EU) sanctions by carrying crude for Syria. While Iran denied that the ship was bound for Syria, it condemned the seizure.

Tehran later impounded a British-flagged ship in the Strait of Hormuz for failing to stop after hitting an Iranian fishing boat, a violation of international maritime rules.

London has since called for the formation of a European-led mission to the Persian Gulf to ensure “safe passage” in the region. Washington has also announced its own separate plans to form an international military coalition in the Persian Gulf.