TEHRAN, August 19 -Asian stocks tracked the Wall Street rally on Monday and found an extra tailwind from a move by China’s central bank to change the way a key interest rate benchmark is set, seen by analysts as reducing borrowing costs for companies. 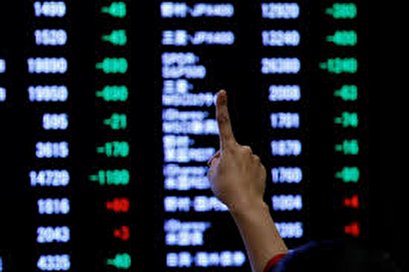 That move helped Chinese stocks lead regional gains on Monday amid a broadly more upbeat investor mood. Hopes major economies will seek to prop up slowing growth with fresh stimulus have helped ease some of the recessionary fears unleashed in markets last week.

“The decline in loan rates bodes well for China’s credit demand and growth outlook in the second half of 2019 to offset the impact of the ongoing trade disputes,” wrote Zhaopeng Xing and Raymond Yeung, economists at ANZ.

“However, the reform is unlikely to have a stimulative effect on China’s property markets with the authorities still insisting on tight regulations to prevent the crowding-out effect from high home prices.”

Over recent weeks, recession worries - triggered by an inversion in the U.S. bond yield curve - have led to a shakeout in financial markets. That has driven speculation of more support from policy makers, including from the U.S. Federal Reserve which last month cut rates for the first time since the financial crisis.

Wall Street shares had rebounded on Friday after a report that Germany’s coalition government was prepared to set aside its balanced budget rule in order to take on new debt and launch stimulus steps to counter a possible recession.

The yen JPY=, a gauge of risk sentiment due to its perceived status as a safe haven, weakened for its third successive session.

The Japanese currency last traded at 106.375 per dollar, having pulled back from a seven-month peak near 105.000 reached a week ago when events including unrest in Hong Kong and a meltdown in Argentina’s markets triggered a fresh bout of anxiety in markets already shaken by the U.S.-China trade war.

“As for steps by China, it needs to be understood that the latest measures are geared toward markets which are already regulated extensively. But China’s latest move should nevertheless provide the market with relief.”

Elsewhere in currencies, the dollar index .DXY against a basket of six major currencies hovered near a two-week high of 98.339 climbed on Friday. The index was supported as U.S. Treasury yields bounced back from recent lows in the wake of German stimulus hopes.

The 10-year U.S. Treasury yield US10YT=RR stood at 1.582%, having pulled away from a three-year trough of 1.475% marked last week in the wake of global slowdown fears.

Falling yields last week caused the two-year/10-year Treasury curve to invert for the first since 2007, a phenomenon widely regarded as a recession signal that puts the Federal Reserve interest rate deliberations into focus.

Powell will deliver a speech on Friday at an annual meeting of central bankers in Jackson Hole, Wyoming.