TEHRAN, August 19 -The images would cover the top half of the front and back of a cigarette pack, as well as cover the top 20 percent of an advertisement. 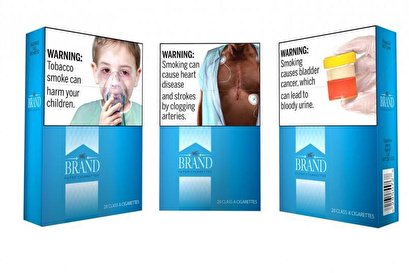 The images would cover the top half of the front and back of cigarette packs, according to an FDA news release. It would also cover the top 20 percent of an advertisement.

"Given the extreme risks cigarette smoking poses to the public health," said Mitch Zeller, who runs the Center for Tobacco Products at the FDA, "new proposed warnings of this type are critical to promote greater public understanding of the risks associated with cigarette smoking."

In 2009, Congress first directed the FDA to require warning images on cigarette packages. But the agency was sued in federal court by five tobacco companies, claiming the requirement violated their First Amendment rights. In 2012, the lawsuit was thrown out on appeal, clearing the way for the FDA to move forward with the development of the graphic labels.

In 2016, the FDA was then met with another legal hurdle from anti-smoking advocates, who claimed the agency hadn't moved fast enough to require the warning images.

The images are scheduled to appear on cigarette packs by 2021, but another round of lawsuits from the tobacco industry could push back that timeline.

"FDA undertook a comprehensive, science-based research and development process to get these proposed warnings right by developing distinct and clear messages about the risks associated with cigarette smoking and exposure to secondhand smoke," Zeller said.

"As a cancer doctor and researcher, I am well aware of the staggering toll on the public health from cigarettes," said Ned Sharpless, acting FDA commissioner. "They cause cancer, heart disease, stroke, emphysema, and other medical problems. And they also cause a number of less-known smoking-related risks that youth and adult smokers and nonsmokers may simply not be aware are connected with tobacco products, such as diabetes, blindness, and erectile dysfunction."