TEHRAN, August 19 - Gibraltar’s release of an Iran-operated supertanker after its seizure by British marines shows the US is facing resistance from its traditional allies, the American daily Los Angeles Times says. 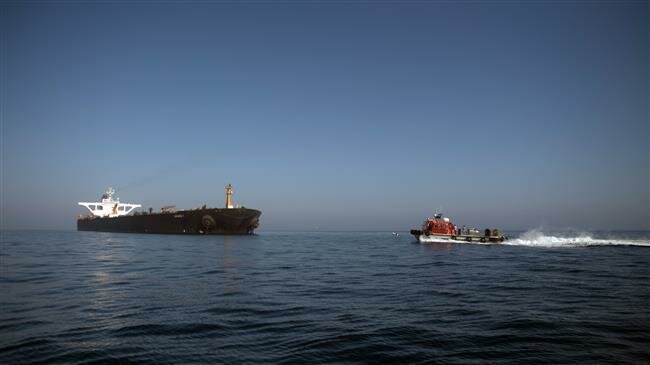 TEHRAN, Young Journalists Club (YJC) - Britain’s naval forces seized Grace 1 in the Strait of Gibraltar on July 4 under the pretext that it was carrying crude to Syria in violation of unilateral EU sanctions against the Arab country.

Gibraltar’s government said on Sunday it had knocked back a request by Washington to detain the supertanker, arguing that “the EU sanctions regime on Iran is fundamentally different to that of the US."

Ariane Tabatabai, an associate political scientist at Rand Corp., told the LA Times that the Europeans "split with the [US President Donald] Trump administration on the best course of action” against Iran.

She said the US administration's bid to take its “maximum pressure” campaign to the high seas would hurt the interests of its European allies, who mount their own diplomatic efforts to engage with Tehran.

“And as these countries find themselves in the middle of the crossfire between the two sides,” she said, “they further object to a policy they already didn’t subscribe to.”

The LA Times also referred to a proposal by the United States to set up a military coalition in the Persian Gulf to counter what it calls the “Iran threat,” saying few European countries have signed on to the effort, with Germany refusing it outright.

Lawrence Brennan, a professor in maritime law at Fordham University and a former Navy captain who served in the Persian Gulf, said the challenges before such a mission are considerable.

“How do you protect ships in these bodies of water? You need multiple ships, with close proximity, with air support,” he said.

According to the report, tensions in the Persian Gulf region have already raised insurance rates.

Richard Mallinson, an analyst and co-founder of Energy Aspects, said insurers employing a 10% to 15% war risk premium on vessels and their cargo journeying through the Strait of Hormuz.

The volatility in the strait has also made firms look for alternative ways to transport their oil.

“The question is, are you after a deterrent effect, which you could achieve with a manageable number of vessels, or actively expecting to have to counter a real threat or respond?” asked Mallinson.

“You would probably see a lot of shippers preempting and refusing to pass, because the dangers and the complications look too high.”