India orders Kashmir government staff back to work amid protests

TEHRAN, August 19 - Indian officials have ordered government employees in Kashmir to return to duty and some schools have reopened after a tense weekend of protests in the territory. 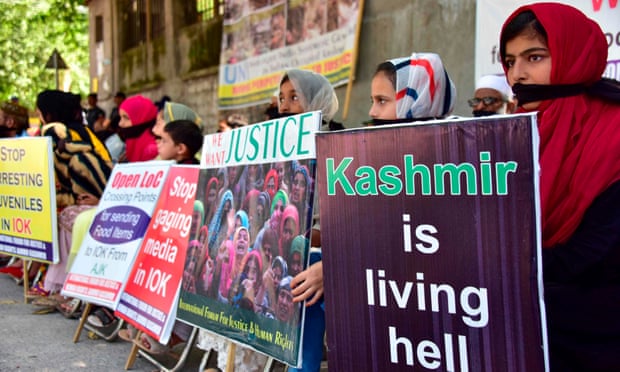 Jammu and Kashmir’s chief secretary had relaxed curfew rules on Friday, saying: “It is expected that over the next few days as the restrictions get eased, life in Jammu and Kashmir will become completely normal.”

Officials have downplayed the protests and maintain that the situation remains calm. Over the weekend, however, authorities reimposed heavy restrictions in some areas.

On Saturday and Sunday, small groups of teenage boys and young men blocked roads and forced commercial vehicles to turn around – a sign that restive and angry youth may not allow the administration to go ahead with its plan to open government offices.

The government of Jammu and Kashmir said 190 schools in the capital, Srinagar, would resume classes on Monday.

In Srinagar’s old city, a hub of protests, shops remained shut on Sunday, there was a heavy presence of armed paramilitary personnel, and few people walked the streets.

In the Chattabal neighborhood, residents told the Guardian that police had detained a man, apparently a fellow policeman, who had stood and watched as a group of young people clashed with officers on Sunday afternoon.

“The police came in armored vehicles from two sides and fired pellets and tear smoke shells. They then barged inside this house and detained a man,” a local resident said. “If that can be his fate, what will be our fate?” said one of the residents.