Fluoride during pregnancy linked to lower IQ in children 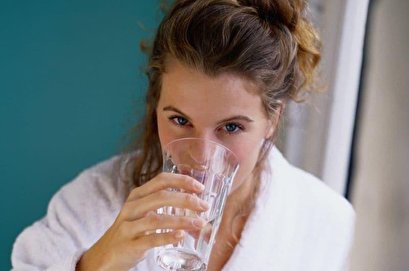 TEHRAN, Young Journalists Club (YJC) -Expectant moms with higher levels of fluoride in their urine tended to have kids with lower average IQs, based on a study of 601 mother-child pairs from six cities in Canada.

On average, a 1 milligram-per-liter increase in maternal urinary fluoride was associated with a 4.5-point lower IQ score in boys by the time they reached ages 3 to 4, researchers report.

"Four and a half IQ points is of substantial societal and economic concern," said senior researcher Christine Till, an associate professor of psychology at York University in Toronto. "We're talking a magnitude that's comparable to what we're talking about when we talk about lead exposure. You would have millions of more children falling into the range of intellectual disability with IQ scores of less than 70, and that many fewer kids in the gifted range," Till concluded. However, the researchers only found an association, due to the observational nature of the study. It was published Aug. 19 in JAMA Pediatrics.

Debate over fluoridation has simmered since cities began adding the mineral to public water supplies in the 1950s, Till said.

Two out of every three U.S. residents now live in an area with fluoridated water, compared with 38 percent of Canadians and 3 percent of Europeans, the researchers said in background notes.

Despite these findings, more studies with similar results will be needed to prompt a tough reconsideration of fluoride's safety, said pediatric neuropsychologist David Bellinger, a professor of neurology at Harvard Medical School and a professor of environmental health at the Harvard T.H. Chan School of Public Health.

"In my view, a strong case for a hypothesis is present when multiple studies conducted independently produce consistent results. I don't think we are there yet in terms of fluoride neurotoxicity, but the results of this study move the needle in that direction," said Bellinger, who wrote an editorial accompanying the report.

"When it comes to epidemiology, it is unwise to place too much emphasis on the results of any one study," Bellinger concluded, although he noted that Till and her colleagues produced a "very good environmental epidemiology study."

The American Dental Association released a statement saying it "remains committed to fluoridation of public water supplies as the single most effective public health measure to help prevent tooth decay.

"Throughout more than 70 years of research and practical experience, the overwhelming weight of credible scientific evidence has consistently indicated that fluoridation of community water supplies is safe," the ADA said. "The evidence-based research shows the recommended concentrations of fluoride (0.7 mg/L) used in community water fluoridation is beneficial and safe for the public.

"We welcome this and further scientific study of the issue to see if the findings can be replicated with methods that demonstrate more conclusive evidence," the ADA said.

For the Canadian study, the researchers gathered urine samples from pregnant women during each trimester and tested their fluoride levels. They also tracked the women's potential exposure to fluoride by asking them to fill out a questionnaire regarding how much water, tea, coffee and other water-based beverages they drank.

Their children's IQ scores were then assessed once they reached ages 3 to 4, and those scores were compared against the fluoride in mom's urine during pregnancy.

Fluoride crosses the placenta, and lab studies have shown that the mineral accumulates in brain regions involved in memory and learning, researchers said in background notes. Fluoride also has been shown to alter proteins and neurotransmitters in the central nervous system.

The researchers found that urinary fluoride levels during pregnancy were associated with lower IQ scores in boys, but no statistically significant association was found in girls.

The study follows on the heels of a 2017 study in Mexico City that associated maternal urinary fluoride levels with a 6.3-point decrease in IQ levels among boys and girls, Till said.