TEHRAN, August 20 - In separate phone calls, US President Donald Trump has urged the prime ministers of India and Pakistan to reduce tensions over the disputed Kashmir region. 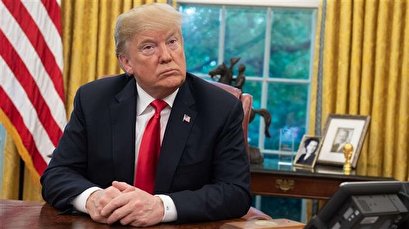 TEHRAN, Young Journalists Club (YJC) -“Spoke to my two good friends, Prime Minister (Narendra) Modi of India, and Prime Minister (Imran) Khan of Pakistan, regarding Trade, Strategic Partnerships and, most importantly, for India and Pakistan to work towards reducing tensions in Kashmir,” Trump wrote in a Twitter post on Monday. “A tough situation, but good conversations!”

Kashmir became the source of heightened tensions between India and Pakistan when New Delhi scrapped the region’s semi-autonomy earlier in August, effectively stopping recognizing the territory as disputed.

In anticipation of a backlash, New Delhi also deployed thousands of additional troops to the region, declared a curfew, shut down telecommunications and internet services, and arrested political leaders and pro-independence activists.

The move prompted outrage in Pakistan, which also claims the mostly Muslim Kashmir, with Prime Minister Khan slamming what he described on Friday as New Delhi’s “fascist tactics” in the region. Earlier, Khan had compared the Indian government to Nazi Germany.

A White House statement said that, in his conversation with Khan, Trump had stressed “the need to... moderate rhetoric.”

“The president reaffirmed the need to avoid escalation of the situation and urged restraint on both sides,” the statement further read.

Pakistan had also earlier reportedly moved fighter jets and military hardware to forward bases near India. The two countries have fought three wars over the territory.

Since India’s decision to scrap Kashmir’s autonomy, the region has been tense under an effective lockdown. But New Delhi has said it is lifting the restrictions.

At the height of the tensions in the territory, Iran and other countries had already called for de-escalation.