TEHRAN, August 21 -Japan and the United States will seek to narrow gaps on trade when their top negotiators meet this week, but hopes for a deal in September are fading as both sides fail to make concessions on agriculture and automobiles, sources say. 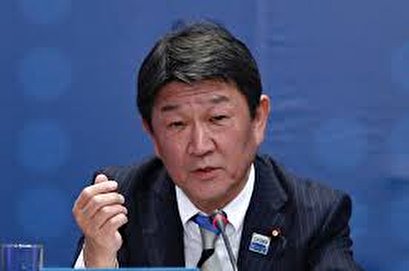 The talks aim to lay the groundwork for a possible meeting between Japanese Prime Minister Shinzo Abe and U.S. President Donald Trump on the sidelines of a Group of Seven summit later this month in France, where the two could discuss trade.

As separate trade talks with China and Europe have made little headway, Trump is keen to clinch an early deal with Japan that would open up its politically sensitive agriculture sector, as well as curbing Japan’s U.S.-bound auto exports.

Japan also hopes for a timely deal to avoid being slapped with up to 25% tariffs on automobile exports to the United States. Trump threatened to do so on national security grounds in May, but put off imposing the duties by six months.

During previous round of talks, Motegi and Lighthizer had agreed to aim for a broad deal by the time Abe and Trump are scheduled to meet on the sidelines of a U.N. General Assembly meeting in New York in late September.

But progress toward reaching a deal has been slow, Japanese government officials with knowledge of the negotiations say.

“It will be a very tough negotiation,” said one of the officials, who spoke on condition of anonymity due to the sensitivity of the matter.

“If there is to be an ‘agreement’ we need to have something we can formally announce, which is tough,” said another Japanese official, adding that it will be difficult to agree on a deal in September unless Washington makes more concessions.

The U.S. Trade Representative had no immediate comment on the meetings.

The key sticking points are agriculture and automobile.

Under his “America First” policy, Trump has been urging Japan and other trading partners to take steps to fix what he sees as unfair trade imbalances with the United States.

Washington is targeting Japan’s auto exports, which account for about two-thirds of the U.S. trade deficit with Japan at roughly 7 trillion yen ($65.82 billion) a year.

Trump also wants to open up Japan’s market for agriculture goods and beef. One demand Washington is making is for Tokyo to cut tariffs on U.S. beef and pork imports.

U.S. beef and pork farmers have been lobbying Trump to push Japan to agree to the same low tariffs for their products applied to imports from Trans-Pacific Partnership (TPP) signatory countries like Australia and Canada. Trump pulled the United States out of TPP when he took office in 2017.

Japan, on the other hand, wants the United States to cut tariffs on imports of car parts and industrial goods - something Washington is reluctant to.