TEHRAN, August 21 -Beaches on Cape Cod, Mass., have routinely closed this summer after shark sightings, and the sharks are now regarded as a long-term threat. 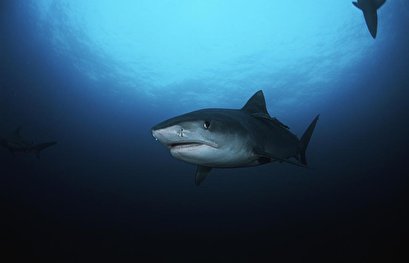 TEHRAN, Young Journalists Club (YJC) -All summer, beaches were temporarily closed, with multiple beaches shut over the past weekend because of sightings of great white sharks. The booming population of gray seals, a protected species for 50 years, is responsible, officials said.

"Before when people went to the beaches around here, the biggest concern was how cold was the water. That was it. They weren't worried about shark attacks," said Tom King, a local shark expert. "Now people are definitely afraid. Way fewer people are swimming around, and they're not going very far out into the water anymore."

Nauset Beach, on Cape Cod, had two evacuations of swimmers from the water on one day. No reports of shark attacks against people have been made this year, largely because of quick and regular beach closures by lifeguards, and videos of close encounters posted on social media, when potential danger is observed. Massachusetts State Police helicopters monitor threats from collective schools of sharks.

One person was killed by a shark at Newcomb Hollow Beach in 2018, and sharks also are a part of the area's folklore because of the 1974 book and 1975 film Jaws.

Great white sharks, which can grow to 18 feet long, are now a regular hazard to beachgoers. They appear each year in May and June and generally swim southward toward Florida in the fall when the water cools.

The sharks are currently feasting on some of the estimated 30,000 to 50,000 gray seals, which can weigh up to 800 pounds each, at the Cape. The resurgence of seals is something of a conservation success story, but a group of Nantucket Island residents is working to change the Marine Mammal Protection Act to allow gray seals to be hunted.

Greg Skomal, a shark expert, said there is no reported correlation between climate change and the rise in the number of sharks at Cape Cod.