TEHRAN, August 21 -Mohammad Javad Zarif was in Sweden on Tuesday as the second leg of his three-nation tour to Nordic countries to hold high-level talks with the European countries’ senior officials on a host of bilateral as well as international issues. 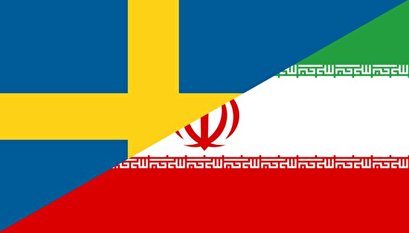 TEHRAN, Young Journalists Club (YJC) -Following his meeting with his Swedish counterpart Margot Wallström, she described the talks in a tweet as “frank” and “constructive”, adding that the discussions focused on human rights situation in Iran, regional issues, such as Yemen and the Persian Gulf, and the JCPOA.

She stressed that “Dialogue essential in times of uncertainty.”

Zarif also held talks with former Swedish PM and Co-Chair of European Council on Foreign Relations, Carl Bildt, who said in a tweet that the meeting emphasized on “possible ways back to full respect for the Iran nuclear agreement by everyone as well as on the importance of respect for international law in terms of maritime security.”

Zarif is set to leave Sweden for Norway as the last leg of his three-nation Nordic tour, with its first stop in Finland.

The Iranian top diplomat will then leave Norway for France to meet with French President Emmanuel Macron and Foreign Minister Jean-Yves Le Drian on Friday.