TEHRAN, August 21 - A Chinese national working at Britain’s Hong Kong consulate has been detained in China’s border city of Shenzhen for violating the law, the Chinese foreign ministry said on Wednesday, likely worsening already strained ties between Beijing and London. 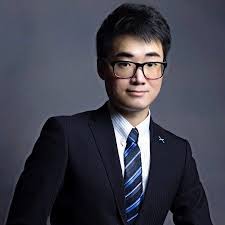 “He is not a British citizen. He is a Chinese person, so this is entirely a matter of China’s internal affairs,” Geng said.

“As for Britain’s comments, we’ve made stern representations to Britain for the series of comments and actions they’ve made on Hong Kong,” he said.

He also called on Britain to stop interfering in China’s internal affairs.

“Britain has made a series of wrong statements on Hong Kong. We again urge them to stop gesticulating and to stop fanning the flames,” Geng said.

Hong Kong police said Cheng left for China “around Aug. 9 with no further movement record we could find”.

“Our liaison team had actually enquired with the mainland authority about the whereabouts of this gentlemen,” Senior Superintendent Kong Wing-cheung told a news conference.

“However, the results are still pending.”