TEHRAN, August 21 - Italy’s head of state wants political parties to reach a deal to form a new coalition government in the next few days if they want to avoid snap elections, a source familiar with the matter said on Thursday. 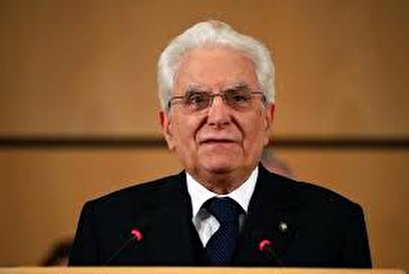 TEHRAN, Young Journalists Club (YJC) -The euro zone’s third-largest economy is in political turmoil after its government, riven by months of infighting, collapsed this week, forcing Prime Minister Giuseppe Conte to resign just as Rome was to begin preparing the 2020 budget.

The collapse was triggered by the right-wing League party whose leader Matteo Salvini declared the ruling coalition dead two weeks ago, saying he could no longer work with his coalition partner, the anti-establishment 5-Star party.

Salvini, the interior minister, has called for fresh elections, aiming to return to power as prime minister with a mandate to launch a big spending spree next year and challenge the European Union’s fiscal rules.

President Sergio Mattarella has begun consultations to find a new government after Conte quit on Tuesday, Conte accused Salvini of endangering the economy for personal and political gain in a blistering resignation speech.

On Thursday, Mattarella will meet delegations from the opposition center-left Democratic Party (PD) and the 5-Star party. Usually political enemies, they have already begun backroom discussions about forging a governing alliance.

Both parties fear Salvini, whose anti-EU and anti-immigration stance has won him support in opinion polls at their expense, could score a major victory if polls were held now.

Financial markets have rallied since Conte’s resignation, seemingly hopeful that a 5-Star-PD coalition could avoid snap polls. Some investors fear that if Salvini becomes prime minister, he will ramp up spending and set the heavily indebted nation on a collision course with the EU.

However, Mattarella is insisting on a tight deadline and wants to see clear signals of a possible new coalition deal on Thursday and major developments by early next week, said the source familiar with the matter.

Italian stocks rose and government bond yields extended their decline in early trading on the report that the president was urging progress on the new government.

French President Emmanuel Macron, who has had testy relations with Salvini and 5-Star leader Luigi Di Maio, said on Wednesday that Italy deserved leaders who were up to the task.

“The Italian lesson is that when one does an alliance with the far-right, in the end it’s always a win for the far-right,” Macron told reporters in Paris on Wednesday.