Russia Says U.S. Missile Deployments in Asia Would Be a Threat

TEHRAN, August 21 - Russia has warned that a possible US deployment of ballistic missiles in the Asia-Pacific region will pose a threat to global security. 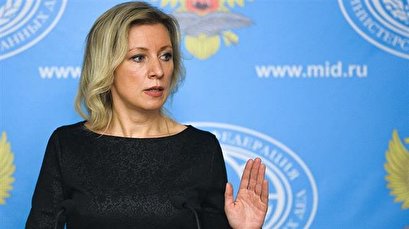 She was referring to provocative comments by Pentagon chief Mark Esper earlier this month that he was in favor of placing ground-launched, intermediate-range ballistic missiles in Asia relatively soon.

Zakharova’s remarks came three days after the Pentagon announced that it had tested a type of a ground-launched missile that was banned under the 1987 Intermediate-range Nuclear Forces (INF) treaty, a bilateral agreement with Russia that the US scrapped earlier this month.

Following the test, the Pentagon said the missile was launched from a launcher on San Nicolas Island, a Navy test site off the coast of Los Angeles, and sped above the Pacific Ocean for over 500 kilometers before hitting its designated target.

The INF had banned all land-based missiles with ranges of between 500 and 5,500 kilometers and included missiles carrying both nuclear and conventional warheads.

On Tuesday, Russian Deputy Foreign Minister Sergei Ryabkov lambasted the US missile launch as “regrettable”, saying the move showed that the US had long been planning to abandon the landmark INF treaty with Russia.

Both Russia and China have already warned that the testing of the missile would trigger an arms race.

On Wednesday, President Vladimir Putin also warned that Russia would take action to counter the threat from the newly-tested ground-based cruise missile, saying such missiles could soon be fired from launching sites in other countries, including Romania and Poland.

Thus, it poses a “danger” to Russia’s security, and Moscow would take “countermeasures,” including the development of its own ground-launched short- and mid-range missiles, he said during a visit to Helsinki, Finland.