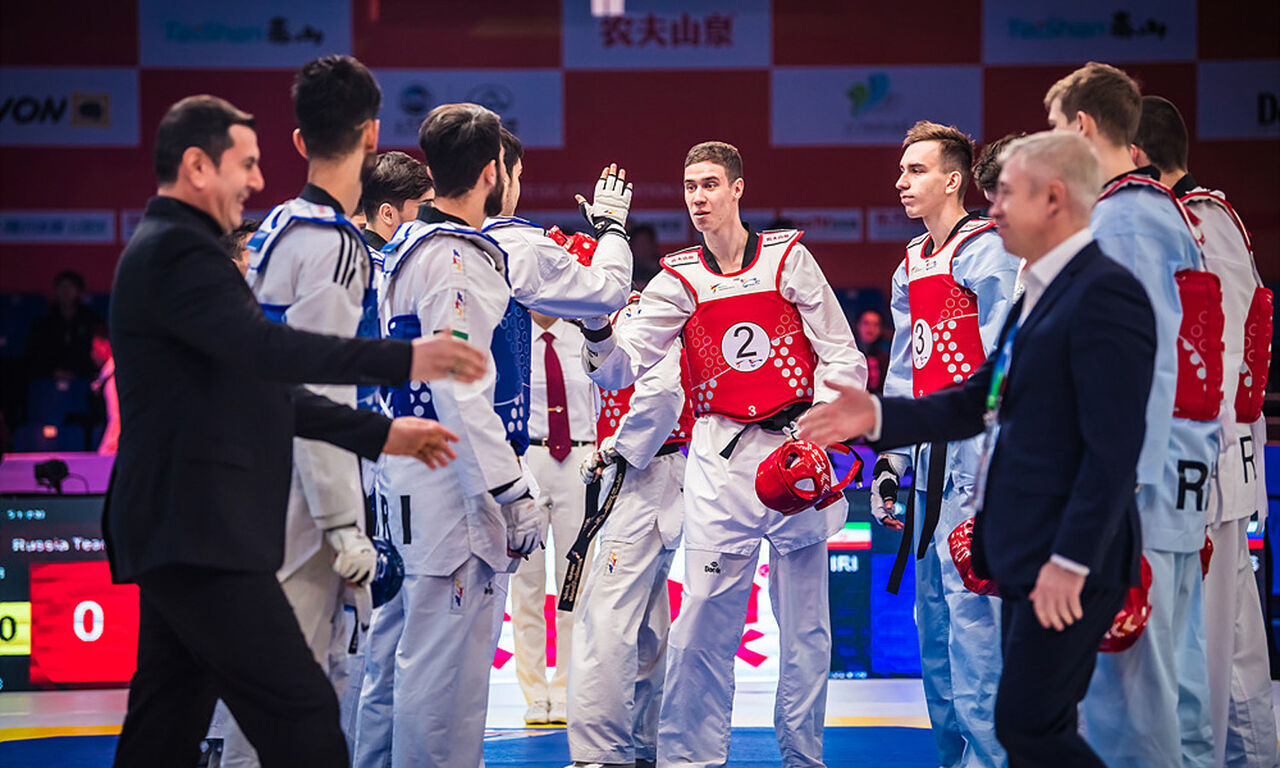 TEHRAN, Young Journalists Club (YJC) - In the Taekwondo competitions which begun on Friday and held in the China’s Wushui, Iran’s Islamic Azad University team won over all of its rival on Saturday to get the title of championship.

The Iranian team won over rivals from Kazakhstan in the first step, then its host China, and ate final stage defeated South Korea.

South Korea stood in the second place and Russia as well as China jointly stood third.

2019 Taekwondo World Cup kicked off yesterday is attended by 97 participants from 10 countries, and will continue for three days.